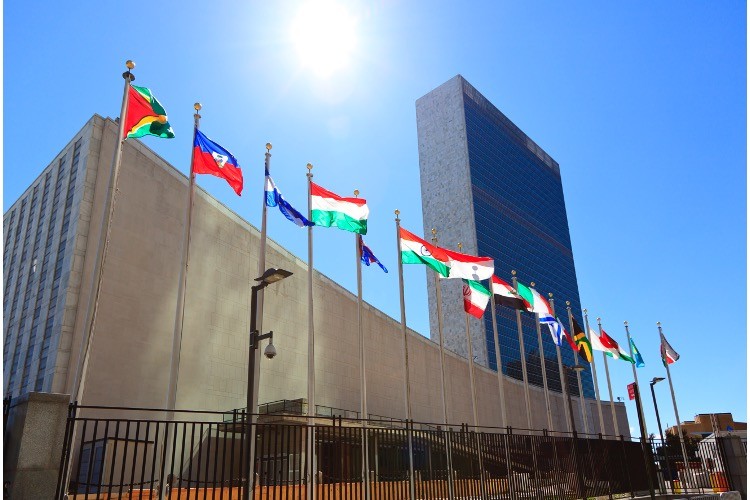 The Biden administration is being aided by the United Nations in its effort to bring previously deported migrants back into the United States to have their asylum cases adjudicated.

Under the Trump administration, the Migrant Protection Protocols, also known as “Remain in Mexico,” required that foreign nationals who entered the country illegally be relocated to Mexico in order to await the resolution of their cases. Biden ended the program upon entering office.

The Democrat instead wants would-be migrants in such circumstances brought back into the country, and the UN is helping him do it.

“Hundreds of migrants signed up on Friday within hours of the launch of a U.N. website that allows migrants with active cases to register remotely to be processed at the U.S.-Mexico border,” reported Reuters. “The United States and the United Nations are evaluating the locations of migrants and costs associated with possible flights and land transportation within Mexico.”

According to the outlet, the United States, Mexico, and international organizations are attempting to devise ways to register migrants, transport them to the border, test them for the coronavirus, and “get them to their U.S. destinations.”

The Biden administration has even considered paying for flights to bring migrants back into the country.

Dana Graber Ladek, chief of mission for the UN’s International Organization for Migration in Mexico, said that “Nothing is in place yet. Right now we’re still exploring all of the possibilities.”

Biden’s policies have led to a growing number of unaccompanied minors crossing the country’s southern border.

Human smugglers working in the region have also been telling would-be migrants to attempt the journey now, saying the new administration would prove more lenient than its predecessor.…

The Biden administration has also discontinued the practice of sending children back to Mexico or their home countries if they were traveling with an adult who wasn’t a parent. The change is in line with immigration law, which forbids the government from quickly deporting unaccompanied children — defined as any child not traveling with his or her parent. But the change has sent more children to HHS shelters as well.

Reports from U.S. Customs and Border protection officials also show an increase in the number of unaccompanied alien children crossing the southern border. Border Patrol agents apprehended 5,871 unaccompanied minors in January 2021, up from 4,995 in December 2020 and 3,076 in January 2020.

Shelters for illegal-alien minors are running out of space, per the Wall Street Journal. Mark Greenberg, a senior fellow at the Migration Policy Institute, told the Journal, “They’ve seen very large growth in a very short period of time. The closer you get to 100% capacity, the harder the system is to manage.”

Biden took a number of steps to move his immigration agenda forward immediately upon entering office. In his first day in the White House, he halted construction of the Wall, gutted President Trump’s travel ban, and placed a 100-day moratorium on deportations (although a federal judge indefinitely blocked the latter).

Democrats have introduced Biden’s amnesty plan in Congress. If signed into law, the program would immediately give green cards to millions of illegal aliens considered farmworkers, as well as to those enrolled in the Deferred Action for Childhood Arrivals (DACA) program and those who hold Temporary Protected Status (TPS).

All other illegal aliens who do not fall into the above categories would be given TPS before being allowed to apply for a green card and eventually receive American citizenship within an eight-year period.

Along with the amnesty would come increases to the number of immigrants allowed under visa categories, swelling the amount of legal immigration to the United States.

Amnesty has received support from the corporate wing of the Republican Party. Billionaire GOP mega-donor Charles Koch wrote in a recent op-ed that the two major parties should “come together” to give legal status for those who have broken federal immigration law to come into the country without permission.

“Whether it’s a path to legal status for undocumented immigrants, including Dreamers who were brought to America as children, improving the visa system or improving border security, lasting progress will require congressional action by both political parties,” Koch argued. “And getting Congress to step up depends on the American people speaking out.”

The American people should speak out — not for amnesty, as Koch says, but against it.