Tammy Bruce: Media is complicit in Cuomo nursing home cover-up~CUOMO MAY BE REMOVED FROM OFFICE BY DEMOCRATS! 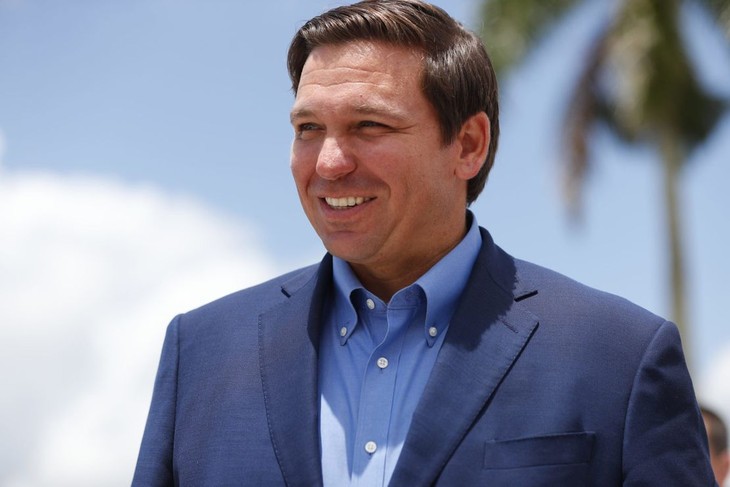 Governor Ron DeSantis is responding to rumors that the Biden administration is considering travel restrictions for his state. The onslaught of criticism for the way DeSantis is handling the pandemic has reached a crescendo following the Super Bowl coverage showing residents moving freely, with and without masks, in the stadium stands and celebrating the game. DeSantis was photographed maskless in a box seat and preemptively told the press he couldn’t drink a beer with the mask on, and beer is required to watch your home team play in the big game. They were unimpressed.

Here is an example of the overwrought and grossly inaccurate coverage from the unimpressive and often wrong Joy Reid. She asks “health experts” how the nation can manage the pandemic while governors like Ron DeSantis supposedly oppose them. She accused him of caring more about keeping the state open for business than keeping people alive:

“How do you deal with dumb governors?” Reid asked. Too funny. Governor De Santis, who runs circles around Reid on the intelligence scale, set the record straight:

The recent report that the Biden administration is considering restricting the travel of Floridians is completely absurd, especially when Biden allows illegal aliens to pour across our southern border. We won’t allow Floridians to be unfairly targeted for political purposes. pic.twitter.com/h47AVuof50

In his remarks, DeSantis called the very idea of restriction travel “unconstitutional, unwise, and unjust.” He added: “It would be a purely political attack on the people of Florida.”

To support his contention, he cited COVID-19 statistics from December 1st to demonstrate Florida’s results are better than most states across the country, especially on the metric that matters most. Florida ranks as follows:

On every metric, Florida outperforms at least half the country, and on the one that matters, fatalities per capita, it is in the bottom 10. That is even more impressive given the percentage of Florida residents over 65 compared to New York and California. It sounds as if DeSantis is willing to duke this issue out in court and force the Biden administration to justify any decision to restrict travel:

We will not back down. If anyone tries to harm Floridians or target us, we will respond very quickly.

Senator Marco Rubio (R-Fla.) appeared on Tucker Carlson Tonight and reiterated DeSantis’s assertion that this was political. He also agreed that the idea the Biden administration is considering restricting the movement of citizens when it allows illegal immigrants to flow over the border and get released into the country is absurd. When Carlson said the very idea almost seemed like a punishment, Rubio responded:

Rubio also noted the flow of Americans moving from blue states to Florida and said they are now seeing people move in from California, which is new. He said this was partially motivated by the pandemic lockdowns in other states that include kicking children out of school for nearly a year. However, he also argued that rising crime, deteriorating sanitation, and anarchy in the streets in large Democrat-run states are compounding the desire to relocate.

Adding to the idea that attacking Florida by proposing a travel restriction is mainly political, wide-open Georgia lies directly to the north. Governor Brian Kemp reopened first last spring and endured similar media attacks. The state remains every bit as open as Florida and has a Republican governor. On several metrics for the pandemic, Georgia’s performance is still good, but not as good as Florida. The UK variant of COVID-19 has also been found in the state, which is part of the administration’s pretext for restricting Florida.

So why restrict Florida and not Georgia? Look at an election map for 2020. Georgia went blue with a little help from outside money dumped into large blue counties. Florida went redder than it did in 2016. There is a case to be made that targeting Florida is just as much about sending a message to voters as it is about attacking Governor DeSantis.

Amazon: Criticizing Christianity Is OK, But Islam? No Way.

Rare Blood Disorders Showing Up After People Get COVID VaCCINES