Max Lucado, author and pastor who, in recent years, has taken a sharp turn to the left in embracing not only the woke social justice movement but taking a soft stance on homosexuality, has now taken an even sharper turn away from biblical orthodoxy by comparing the Holy Spirit to a mother. Lucado’s entire sermon was predicated on the notion that the Holy Spirit is feminine.

Last year, Lucado made headlines after endorsing and giving glowing accolades to pro-sodomy Jen Hatmaker and then again after leading an outdoor prayer service asking God to forgive him for his ancestors owning slaves. He also endorsed flaming heretic, Steven Furtick.

After being invited to speak at the Washington National Cathedral this past Sunday, Lucado preached a sermon on the Holy Spirit. While his sermon was pretty awful from a biblical perspective — though, most unrepentant sinners who love their sin probably appreciated his “say yes to Jesus” gospel — it was toward the end that he made these outlandish, even blasphemous comments.

Toward the end, he told a story of his grandson getting his first haircut. The crux of the story was that this child was scared and the only one who was able to calm him was his mother. He then goes on to say that “such is the role of the mother…the Holy Spirit, the mother-heart of God, will soothe you as well.”

"This isn't a policy. It's an act of aggression"

Tucker Carlson blasted the Biden Administration Monday for mandating COVID tests for anyone entering America, EXCEPT for illegal aliens.

Carlson labeled the policy an ‘act of aggression’, and accused Biden of ‘punishing’ Americans by releasing migrants into the country without testing them.

“Tonight we learned that the Joe Biden administration is releasing thousands of foreign nationals living here illegally into American neighborhoods without bothering to test them for the coronavirus,” Carlson announced.

Tucker noted that the White House Press Secretary couldn’t answer basic questions about the policy last week, before citing warnings about the policy by both Brandon Judd, president of the National Border Patrol Council, as well as Leon Wilmos, the sheriff of Yuma County, Arizona.

The New York Times, Reuters and others reported last week on the CBP releasing hundreds of migrants into Texas and California owing to ‘overflow facilities’ already being full.

Less than one month into Biden’s Presidency, there is already a new ‘border crisis’, according to officials, with facilities unable to hold or test migrants.

“When we release people that break our laws without bothering to test them for the virus – the same virus we’ve used as a pretext for wrecking your life – what we’re saying in the clearest possible terms [is]: “We don’t like you,”‘ Carlson said, of the Biden Administration.

He continued, “This isn’t a policy. It’s an act of aggression. It’s designed to humiliate you and demoralize you. Reckless, nondestructive immigration policy is the penalty or paying for your white supremacy.”

Carlson then introduced the sheriff of Jackson County, Texas, A.J. Louderback, who warned that it is ‘absolutely true’ that foreign nationals are being released into the US without a coronavirus test.

‘The memo that I received this last week – it’s basically “defund ICE” by memo, by memorandum,” Louderback said, adding “This is a particularly devastating document for Texans and Americans. The message has been sent. It’s a message to the world that you can come here illegally, commit crimes here and remain here illegally.”

“The covid issue is conveniently overlooked during this time,” Louderback continued, urging that “every peace officer in the United States should be extremely concerned about the  attitude, the lawlessness, the complete, abject removal of law.”

“We have a nullification of the law going on here. We’re not going to enforce anything,” the sheriff further warned.

February 9, 2021 John
As Democrats prepare to impeach Trump for "inciting an insurrection", it's important to step back and recall the hundreds of times they themselves called for violence and insurrections in recent years.
Political violence has been baked into the Democrat playbook from the beginning of the Trump Era and beyond.
BY JAMIE WHITE
SEE: https://www.infowars.com/posts/mega-compilation-democrats-call-for-violence-against-trump-supporters/;
EXCERPTS:

Democrats are preparing to impeach President Donald Trump again, this time claiming he “incited an insurrection” at the Capitol last month.

But for the entirety of Trump’s term in office, Democrats and their media allies have been deploying extreme rhetoric, calling for violence against the president and his supporters and even inciting insurrections themselves.

Pelosi called for “uprisings” across the country in 2018:

Rep. Ayanna Pressley (D-Mass.) said there “needs to be unrest in the streets”:

CULTURE SHOCK: How I See the US After Living Abroad for 15 Years

The CDC Is Weaponized~Democrats Put Migrants Above Law 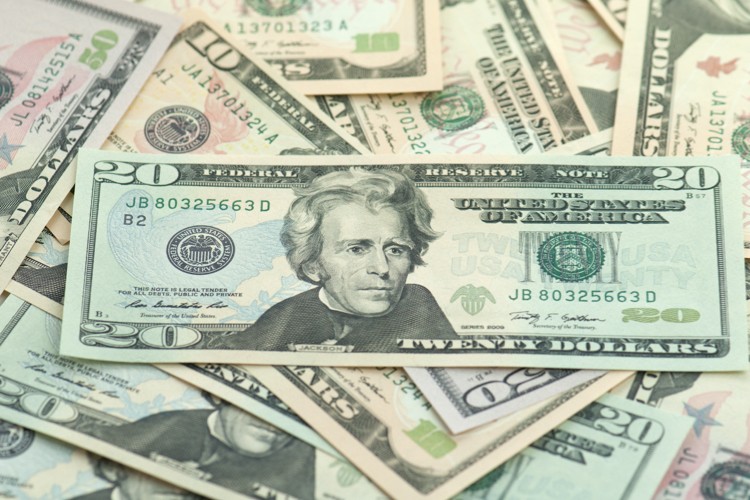 It was a significant story that went unremarked because of the Biden regime’s assault on everything normal, and the Democrats’ paranoid delusions about former President Trump and the “insurrection” he supposedly led.

In late January, the regime announced plans to adorn the $20 bill with the image of Harriet Tubman, the Underground Railroad leader who did not, as popularly believed, lead hundreds of slaves out of the Deep South to freedom.

Still, the $20 must feature Tubman, not Andrew Jackson, a dusty relic of the old Republic.

Writing at Revolver.com, conservative scribe Scott Greer, formerly of the Daily Caller, helpfully reminded readers on Thursday that Biden’s Treasury workers will proceed with the plan that President Trump is accused of delaying.

“The Treasury Department is taking steps to resume efforts to put Harriet Tubman on the front of the new $20 notes,” Biden mouthpiece Jen Psaki said. “It’s important that our money reflect the history and diversity of our country.”

That isn’t, of course, the main reason Jackson has to go, as Greer explained, noting a screeching one-sentence indictment in the Washington Post:

Jackson was a notorious racist, a slaver who as president was responsible, among other things, for the Trail of Tears, in which thousands of Native Americans died as they were forcibly pushed west. Tubman, on the other hand, is one of the greatest heroes America has produced.

As Greer explained, the Postie who penned the piece didn’t bother telling readers why Tubman “is one of the greatest heroes America has produced.”

Greer directs readers to the real history of Tubman from historian James McPherson, author of Battle Cry of Freedom, who reviewed four books about Tubman for the New York Review of Books in 2004.

McPherson’s conclusion about the main “conductor” on the Underground Railroad — the network of secret meeting places and stash houses that escaping slaves followed from the South to freedom in the North — is this: Because Tubman’s story is largely based off oral histories, it is difficult to know the facts of her life, which has left her story open to embellishment as it was passed down over the years.

Tubman led perhaps five or six dozen slaves to freedom, a notable achievement, but others did more.

One of the most popular legends about Tubman is that she commanded a black regiment’s raid in South Carolina that destroyed Confederate outposts and freed hundreds of slaves. This would’ve made her the first female to command such an expedition in American history. The problem is that it’s “wishful thinking,” [Sernett says]. Sernett acknowledges she served as a nurse and scout for the Union, but was not a military commander. Sernett also argues that many of the famous quotes attributed to Tubman were not said by her. The retired historian says his thorough research led him to question much of what we claim to know about Tubman.

Not surprisingly, Greer reported, his remark that Tubman should not replace Jackson on the $20 bill invited the usual farrago of leftist hate.

Why Tubman Must Replace Jackson

As for Old Hickory, the Treasury Department didn’t put him on the $20 bill for no reason. He was a founding-generation American who fought in the War for Independence and was captured by the British at age 13. Because of Jackson’s courageous war on the money power that controlled the Second Bank of the United States — which precipitated an unsuccessful assassination attempt — the United States broke the shackles of central banking, at least until 1913 and the establishment of the Federal Reserve System. During these years without a central bank, Americans experienced unprecedented economic growth.

But he was also a white man, a slave-owner, and waged war against the Indians. And so a very real if imperfect American hero and symbol must be attacked and replaced, American history rewritten, to fit the new narrative.