‘There is overwhelming evidence for Sanger’s deep belief in eugenic ideology,’ says clinic’s board chair 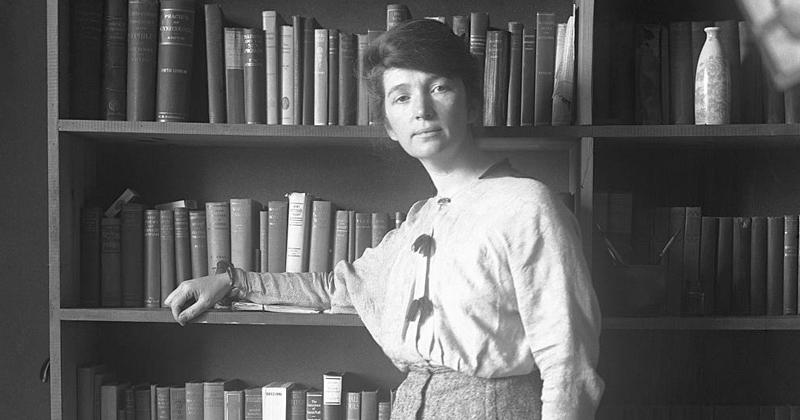 A Planned Parenthood clinic in downtown New York is reckoning with the “racist legacy” of its founder Margaret Sanger, admitting her work in eugenics has had a negative impact on the reproduction of people of color.

The Planned Parenthood Clinic of Greater New York in Manhattan announced Tuesday it will remove Sanger’s name from its title, the Manhattan Health Center, and says it’s also working with the city to remove her name from an honorary street sign near the clinic.

“The removal of Margaret Sanger’s name from our building is both a necessary and overdue step to reckon with our legacy and acknowledge Planned Parenthood’s contributions to historical reproductive harm within communities of color,” said PPGNY board chair Karen Seltzer.

“Margaret Sanger’s concerns and advocacy for reproductive health have been clearly documented, but so too has her racist legacy. There is overwhelming evidence for Sanger’s deep belief in eugenic ideology, which runs completely counter to our values at PPGNY. Removing her name is an important step toward representing who we are as an organization and who we serve.”

While Seltzer gave no examples of Sanger’s “racist legacy” or her “eugenic ideology,” one need only look to her own writings to see how she wanted to exterminate much of humanity through population control, getting rid of so-called “undesirables” who would be sterilized, segregated or forced onto birth control.

“Eugenics” is defined by Merriam-Webster as “the practice or advocacy of controlled selective breeding of human populations (as by sterilization) to improve the population’s genetic composition.”

In a 1919 letter titled, “Birth Control and Racial Betterment,” Sanger wrote how selective breeding could “assist the race toward the elimination of the unfit.”

In an essay from 1921, titled, “The Eugenic Value of Birth Control,” Sanger discussed how eugenics can solve “racial” problems.

“Today eugenics is suggested by the most diverse minds as the most adequate and thorough avenue in the solution of racial, political and social problems.”

As noted in Alex Jones’ 2007 documentary, “Endgame: Blueprint for Global Enslavement,” Sanger also recommended in a letter to fellow eugenicist Clarence J. Gamble discussing the “Negro Project” that hiring a “negro physician” could be helpful in convincing “colored negroes” in the South about the value of eugenics.

“We do not want word to go out that we want to exterminate the Negro population and the minister is the man who can straighten out that idea if it ever occurs to any of their more rebellious members,” Sanger wrote.

While this one clinic is recognizing its founder’s evil past, the time is quickly approaching when the entire Planned Parenthood organization, built on Sanger’s work as a eugenicist, will have to answer for her – as the leftist cancel culture comes back home to roost.