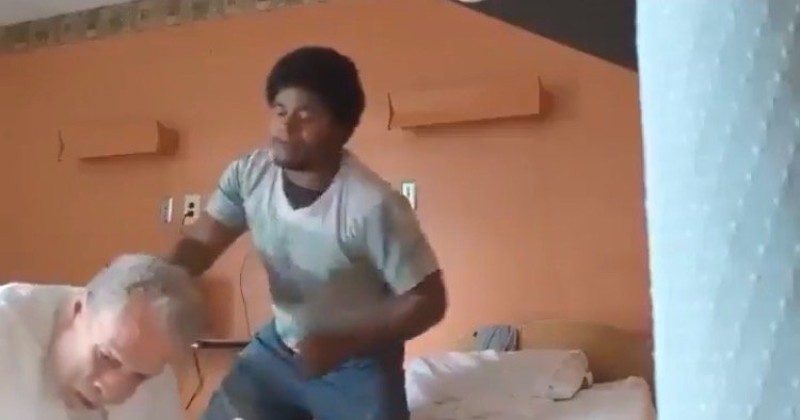 The man is filming himself beating the seniors in their beds until they are bleeding.

Don’t expect too much media coverage of this.