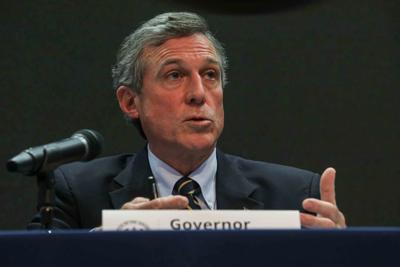 BY ZOE READ
SEE: https://whyy.org/articles/del-leaders-face-divided-backlash-over-reopening-houses-of-worship/; republished below in full unedited for informational, educational and research purposes:
Delaware officials are facing a divided backlash from religious leaders, following an executive order allowing houses of worship to reopen, as long as they abide by several restrictions.
Some religious leaders say they should have the freedom to worship as they choose, while others say it’s too soon to open houses of worship under any conditions.
Gov. John Carney on Monday put out new guidance to worship leaders and congregants, encouraging them to continue virtual religious services and discouraging them from meeting in person.
Nonetheless, the governor allowed houses of worship to reopen as of Wednesday, so long as attendance is capped at 30% of fire occupancy requirements.
The guidance urges vulnerable populations like the elderly and those with underlying health conditions to stay home. Residents who do attend religious services must wear a face covering and maintain a six-foot distance from other congregants. Other requirements include disinfecting surfaces and offering hand sanitizer to congregants.
The decision to reopen followed complaints from some members of the religious community that their freedom of religion was being infringed upon, and a federal lawsuit asserting the closure of houses of worship discriminates against communities of color and low-income congregants.
Pastor Tobe Witmer of Lighthouse Baptist Church in Newark was one of 174 Delaware pastors who signed a letter to Carney on May 16 urging him to reopen churches in the state.
“A church, just by the very nature in scripture, requires face to face proximity through fellowship and interacting with each other, loving each other, worshiping together,” he said. “Livestream, we’ve been doing very successfully. But it’s not a proper substitute for what a church really is — that requires proximity.”
However, some religious leaders argue reopening houses of worship now flouts the advice of public health experts, and fear it could jeopardize public safety. The Centers for Disease Control and Prevention recommends states should not reopen until they see a downward trajectory of documented COVID-19 cases within a 14-day period. Delaware, which has had more than 8,000 positive cases, has not yet reported a downward trend.
According to the CDC, when two symptomatic congregants attended gatherings in a small Arkansas church in early March, 35 of the 92 participants later tested positive for COVID-19, which led to three deaths. Through contact tracing, an additional 26 confirmed cases were identified in the community.
“It’s too fast and too soon,” said Rev. Jason Churchill of St. Stephen’s Lutheran Church in Wilmington.
“These are folks who haven’t seen each other in over two months. They’re going to hug, they’re going to touch and shake hands, and it’s going to be very hard to prevent that without a solid plan put into place, and a couple days is not going to cut it,” he added. “I really worry that what’s going to happen is that this could potentially set us back two incubation cycles.” 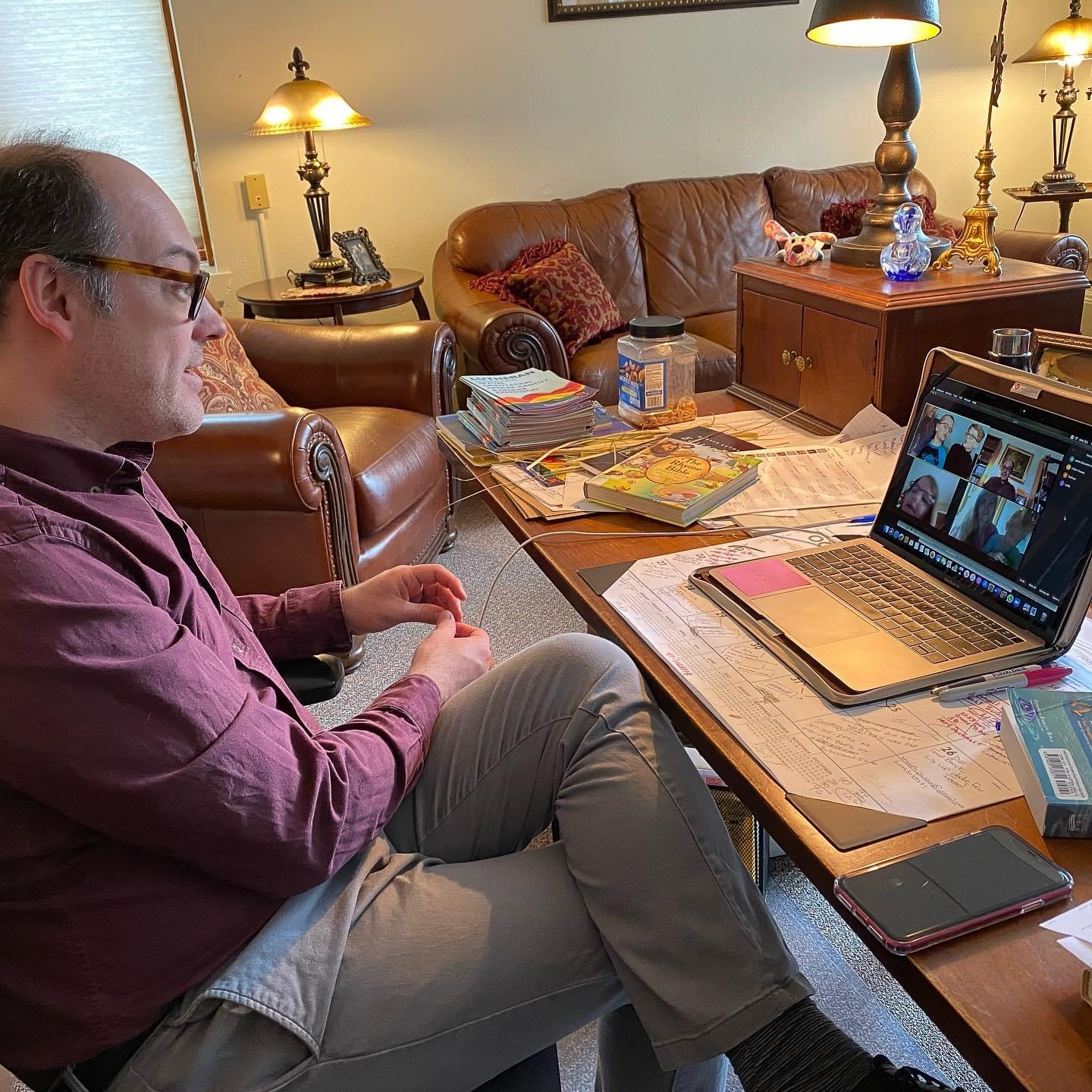 Rev. Christopher Bullock of Canaan Baptist Church of Delaware filed a civil action against the governor on May 19 calling for the reopening of houses of worship in the state. The complaint argues closures discriminate against Black churches and low-income worshippers, many of whom don’t have access to the internet to attend virtual services.
“The wholesale shutdown of religious worship has a severe racially discriminatory purpose and effect on the African-American faith community, which is made up of many small churches and their parishioners, without the wealth of white churches and their parishioners, who can so easily switch to services on-line,” the complaint reads.
The complaint also argues the shutdown order has caused the “deprivation of [Bullock’s] rights to the free exercise of religion, freedom of religious speech, religious assembly and religious association, as well as to be free of government establishment of religion under the First Amendment and to the equal protection of the laws under the Fourteenth Amendment.”
Bullock did not respond to requests for an interview.
Churchill said he agrees access to virtual services is limited for some worshippers, but argues it’s more important to protect his congregation. He notes that members of his congregation who don’t have internet access can call into his services.
“From all the data I’ve been looking at, lower income folks are affected more negatively by the virus right now. The access to health care, the access to testing, has been ravaging the lower socioeconomic communities and it’s compounded on top of that for people of color,” said Churchill, who plans to continue virtual services through the end of June and have medical professionals review his reopening plan.
“I took a vow in my ordination,” he said. “One of the vows we take is to do no harm, to not give false sense of security and no false hope, and I take that seriously. We’re responsible by the very nature of what we do to be sure we take all steps necessary to keep our congregation safe.”
Rabbi Michael Beals of Congregation Beth Shalom is the chair of the Delaware Council of Faith-Based Partnerships. He said religious leaders in the multi-denominational coalition are unanimously opposed to reopening. Beals’ services also will remain virtual for the time being.
“In Judaism, we have the idea of, ‘If you save one life, you save the entire universe.’ None of us would want to have one death on our hands because we prematurely opened up,” he said. “We were promised that science would lead — and this is politics leading. This is about people in the state who are louder than us who are pressuring [Carney] or threatening to sue him under the First Amendment — freedom of religion, freedom of gathering. It’s true, but at what cost?”
Beals said the governor has listened to the coalition’s anxieties about reopening, and believes the guidance strikes a balance between the polarizing opinions of different religious leaders. 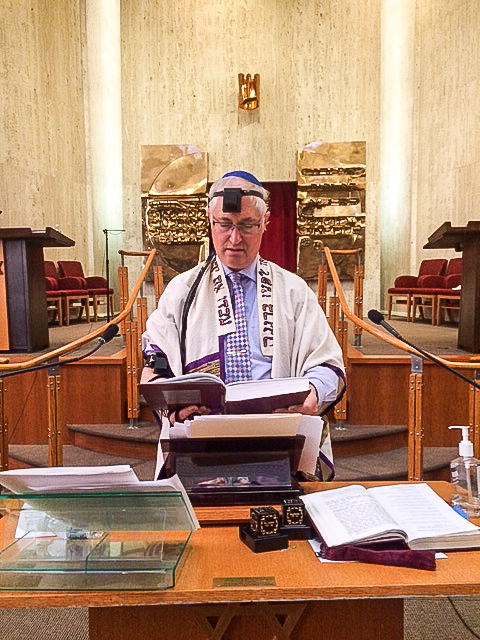 However, he said he’s concerned that if one religious leader decides not to reopen, they might be pressured by the public to do otherwise. Beals also worries restrictions, such as the 30% occupancy rate and the six-foot separation, might be difficult to enforce.
“The real issue is what type of people tend to go to churches and synagogues? It’s older people who tend to go to brick-and-mortar houses of worship. And who’s the most vulnerable for getting this disease? Older people,” he said. “So you’re taking the most vulnerable people in the population and opening up the thing they’re most likely to go to.”
Witmer said even though his church is reopening on Sunday, it will continue to offer livestreams, so those who don’t feel comfortable attending can watch from home.
He said his church will abide by the restrictions, despite the fact he sees some of them as an overreach. Witmer said the occupancy requirement will hurt small churches, and points to certain guidelines, such as the prohibition of hand-held microphones, as taking things too far.
“We want to respect and honor our government, but there is a great desire in the religious community for individual personal liberty to make these decisions on our own…,” he said. “There’s a fine line between being cautious and being full of fear of everything.”