ELIZABETH WARREN, A WALKING NIGHTMARE FOR YOUR SECOND AMENDMENT

February 21, 2020 John
ELIZABETH WARREN, A WALKING NIGHTMARE FOR YOUR SECOND AMENDMENT
SEE: https://www.ammoland.com/2020/02/elizabeth-warren-a-walking-nightmare-for-your-2nd-amendment/#axzz6EaiuUocN;
Editors Notes: There is so much wrong with this copy and paste from Elizbeth Warren’s website that we can hardly begin to unpack all the things that are factually wrong, false or just flat out lies and mischaracterizations of the real world we live in. It is a shameful and shocking display of ignorance and hate for one of our most scared GOD-given rights.

February 21, 2020 John
BOY SCOUTS OF AMERICA FILES FOR BANKRUPTCY IN MIDST OF DECLINING MEMBERSHIP, FLOOD OF SEXUAL ABUSE LAWSUITS
SEE: https://christiannews.net/2020/02/20/boy-scouts-of-america-files-for-bankruptcy-in-midst-of-declining-membership-flood-of-sexual-abuse-lawsuits/; republished below in full unedited for informational, educational and research purposes from: https://www.usatoday.com/in-depth/news/investigations/2020/02/18/boy-scouts-bsa-chapter-11-bankruptcy-sexual–abuse-cases/1301187001
(USA Today) — Boy Scouts of America filed for bankruptcy protection this week amid declining membership and a drumbeat of child sexual abuse allegations that have illuminated the depth of the problem within the organization and Scouts’ failure to get a handle on it.
After months of speculation and mounting civil litigation, the Chapter 11 filing by the scouting organization’s national body was unprecedented in both scope and complexity. It was filed in U.S. Bankruptcy Court in Delaware Monday night.
The exact effects on Boy Scouts’ future operations are unknown, leading to speculation about the organization’s odds for survival, the impact on local troops and how bankruptcy could change the dynamic for abuse survivors who have yet to come forward. Some fear that at a minimum it will prevent survivors from naming their abuser in open court. …
In court filings, the Boy Scouts said it faces 275 abuse lawsuits in state and federal courts around the country, plus another 1,400 potential claims.
Continue reading this story >>
________________________________________________________ 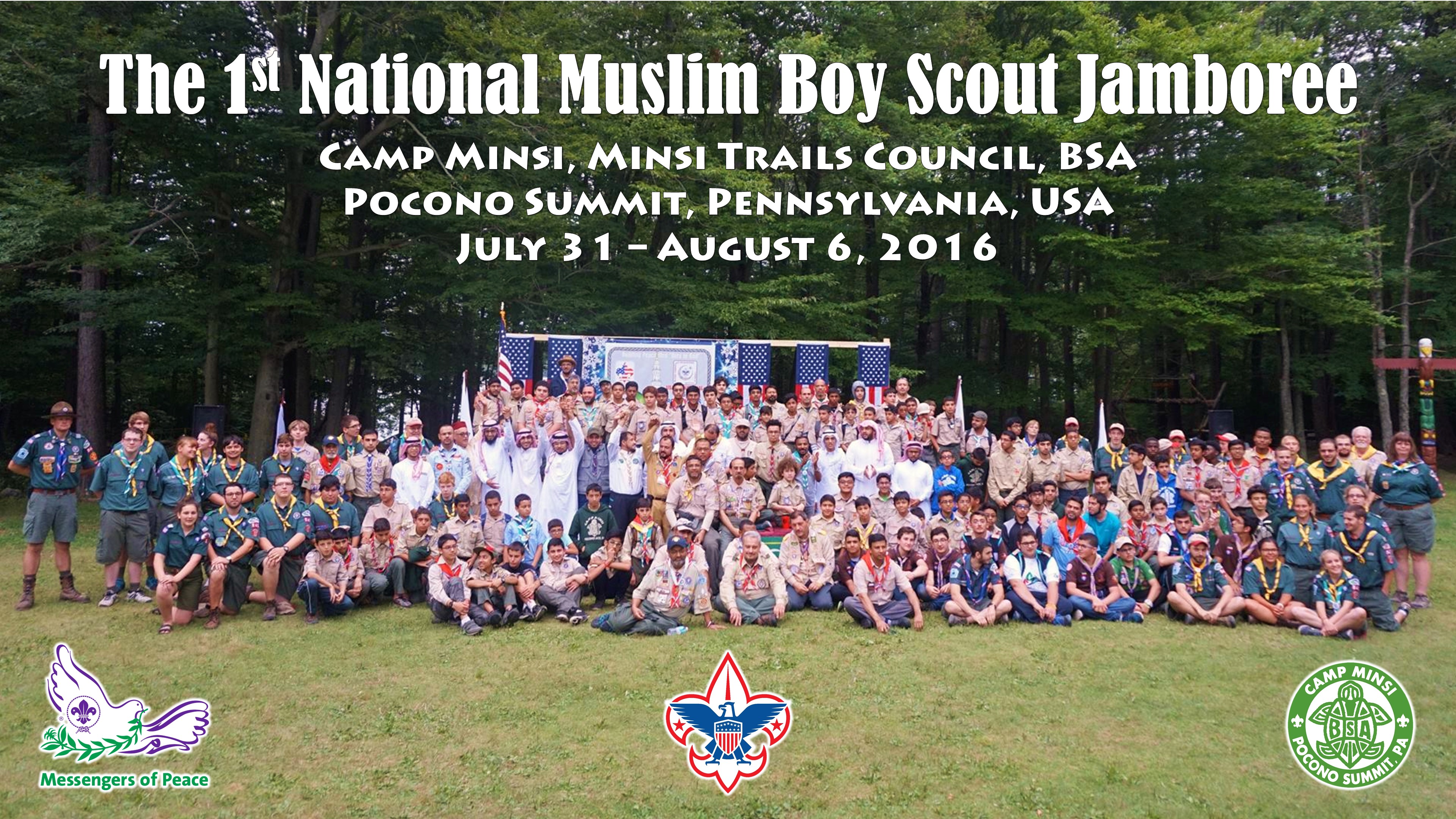 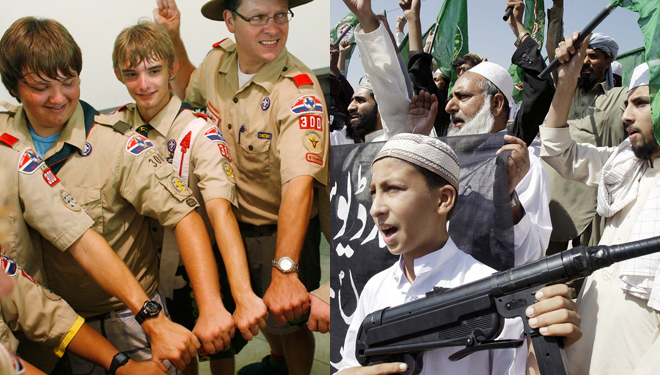 THE NATION AGAINST POLITICIANS ON GUN RIGHTS 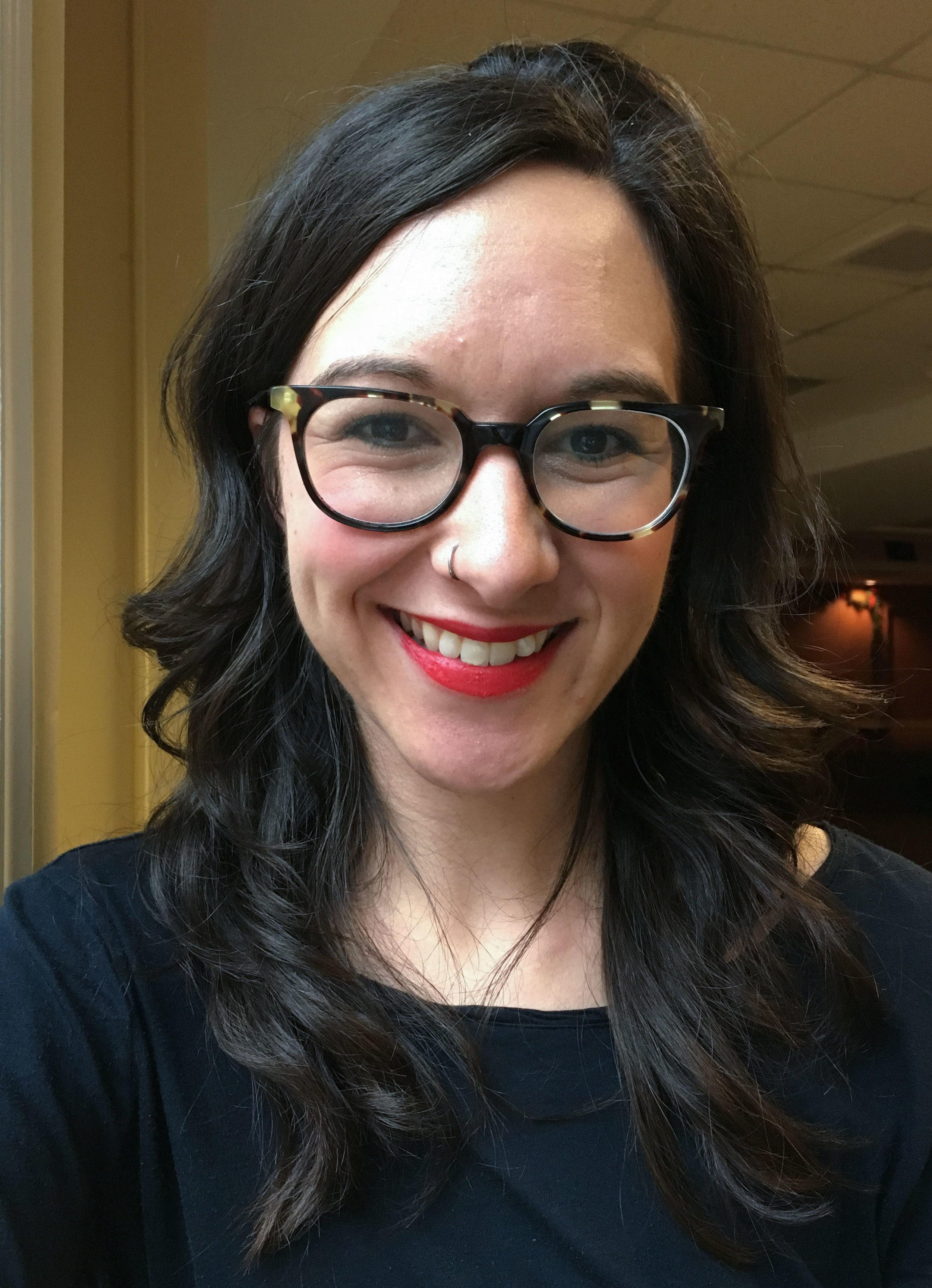 NEW AGE MYSTIC SPEAKS AT BAYLOR UNIVERSITY CHAPEL, PRAYS TO
“MOTHER MYSTERY”
BY DAVID CLOUD
SEE: https://www.wayoflife.org/friday_church_news/21-08.php;
republished below in full unedited for informational, educational and research purposes:
Kaitlin Curtice spoke at Baylor University chapel on February 12 and prayed to “Mother Mystic.” Baylor, the world’s largest Baptist university, is affiliated with the Texas Baptist Convention at the state level and the Southern Baptist Convention at the national level. Curtice is a practitioner of New Age contemplative mysticism. She defines “contemplation” as “listening to the Divine/Mystery/Higher Power/God, and letting the overflow of that love stretch into other realms of life” (Curtice, “A Shared Vision of Contemplative Activism,” Sojourners, Sep. 4, 2019). She is an environmental activist and nature worshipper. In her speech at Baylor she said that she dipped a tobacco leaf into the water of Lake Michigan and “Mother Earth spoke to her” (“BU speaker’s prayer sparks campus controversy,” KWTX television, Feb. 13, 2020). Baylor University has been welcoming heretics since the early 20th century. In 1921, Baylor professor Grover Dow was teaching the evolution of man from apes with the textbook Introduction to Sociology. “As to his body we have very little exact knowledge, for the skeletons left by him are fragmentary, seldom amounting to more than one or two bones. But from these, by the use of our imagination, we have come to the conclusion that he was a squat, ugly, somewhat stooped, powerful being, half human and half animal who sought refuge from the wild beasts first in the trees and later in caves, and that he was half way between the anthropoid ape and modern man.”
__________________________________________________________________ VICTORY! RAYMOND IBRAHIM TO SPEAK AT U.S. ARMY WAR COLLEGE NEXT WEEK
Truth gets last laugh in battle with CAIR
SEE:https://cms.frontpagemag.com/fpm/2020/02/victory-raymond-ibrahim-speak-us-army-war-college-raymond-ibrahim; republished below in full unedited for informational, educational and research purposes:
Raymond Ibrahim, a Shillman Fellow at the David Horowitz Freedom Center, will be speaking about his book, Sword and Scimitar: Fourteen Centuries of War between Islam and the West, at the U.S. Army War College in Carlisle Barracks, Pennsylvania, next week.
This is significant: the War College first invited Mr. Ibrahim to speak last year; however, one week before his scheduled appearance in June, 2019, a number of politically active Islamists—including CAIR, Linda Sarsour, etc.—protested wildly, including by presenting Mr. Ibrahim as a “white supremacist” who if allowed to speak would incite an “already racist and nationalist” American army to start randomly killing Muslims in the street (for background, click here).  Due to the hysteria created by CAIR and allies, the event was subsequently canceled/postponed.
It is, therefore, a very welcome development to see Mr. Ibrahim re-invited to lecture about the long but suppressed history of conflict between Islam and the West before what will no doubt be an even larger military audience—thanks to the previous controversy created by CAIR.
The description and flyer of the event, as they appear on the U.S. Army Heritage & Education Center, a branch of the War College, follows.  FrontPage readers who live locally are encouraged to attend this free event:
Events
Wed, February 26, 2020
Sword and Scimitar
Download the flyer
On Wednesday, February 26 at 6:30 p.m., at the U.S. Army Heritage and Education Center (USAHEC), author Raymond Ibrahim will address the historical roots of the Christian-Islamic rivalry in, “Sword and Scimitar: Fourteen Centuries of War between Islam and the West.” From the birth of Islam and the long forgotten battles leading to the present day conflict, Ibrahim will provide historical and religious context to understand the current relationship between Islam and the Western world. He will draw on his research of original Greek and Arabic sources used for his 2018 book. The lecture will be followed by a moderated discussion.
Raymond Ibrahim is a book author and speaker on Middle East and Islamic topics. He is currently the Shillman Fellow at the David Horowitz Freedom Center, Distinguished Senior Fellow at the Gatestone Institute, and Judith Friedman Rosen Writing Fellow at the Middle East Forum. Ibrahim’s presentation is part two of the Controversies second theme “Historical Underpinnings of Conflict between Islam and the West,” and the fourth in the “Controversies in Military History Lecture Series.” This series provides an educational forum for our audience to examine provocative topics in the interest of academic growth and promoting communication. This series is designed to serve as an important step in evaluating differing perspectives, while encouraging open, professional dialogue on potentially opposing opinions. Lectures and topics do not necessarily reflect the policies or opinions of the USAHEC, the U.S. Army War College, or the U.S. Army.
________________________________________________________________
FLYER HERE:
https://ahec.armywarcollege.edu/newsimages/Ibrahim.pdf
DATE: Wednesday, February 26, 2020
TIME: Building Opens at 6:00PM, Lecture Begins at 6:30PM
PLACE: U.S. Army Heritage and Education Center, 950 Soldiers Dr., Carlisle, PA 17013,
Visitor and Education Center, Multipurpose Room. For updates and any last-minute changes on lectures, please check: www.USAHEC.org, our Facebook Page, or call the Information Desk: 717-245-3972.

is a Biological Warfare Weapon

SEE:
https://thevaccinereaction.org/2020/02/creator-of-us-bioweapons-act-says-coronavirus-is-a-biological-warfare-weapon/; republished below in full unedited for informational, educational and research purposes:
[Dr. Francis Boyle] has been making headlines recently concerning the coronavirus outbreak. [Dr.] Boyle is a professor of international law at the University of Illinois College of Law and is the man who drafted the U.S. domestic implementing legislation for biological weapons convention known as the Biological Weapons Anti-Terrorism Act of 1989, which was unanimously approved and signed into law. [Dr.] Boyle, thank you for taking the time to join me today. You are considered to be an expert on the topic and the man who wrote the book, so to speak… You have recently come out and stated that you believe the coronavirus outbreak, which the corporate media is saying originated from a food market in Wuhan, China, is actually man-made and originated from a bioweapons lab.