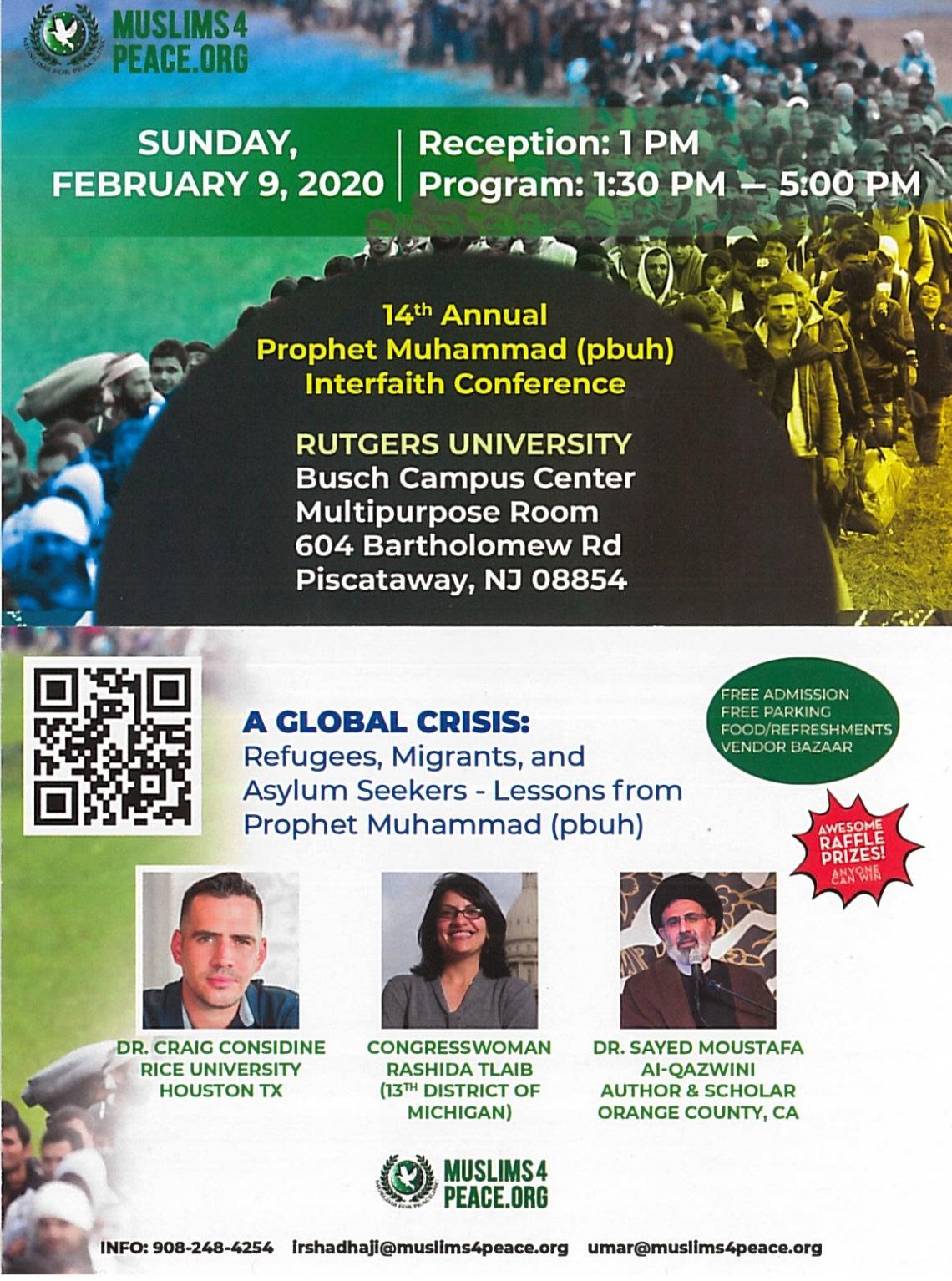 New York Democrat Dov Hikind visits Stuart Varney on Fox Business (Feb. 13, 2020) to discuss the anti-semitism of Rep. Rashida Tlaib, D-Michigan. Hikind attended a Muslims for Peace event in New Jersey when he confronted Tlaib about her hate-filled tweet falsely alleging that Jews killed a Palestinian boy. Hikind was thrown out of the meeting, but he certainly won’t be silenced. He asks “Where are the Chuck Schumers, where are the Nadlers, where are the Schiffs? … Imagine if a Republican had said the same thing? They would crucify the Republican!”

BY ROBERT SPENCER
SEE: https://www.jihadwatch.org/2020/02/rutgers-jewish-democrat-thrown-out-of-muslims4peace-event-for-calling-rashida-tlaib-antisemitic; republished below in full unedited for informational, educational and research purposes:
At virtually every university in the country, the academic establishment will use its thuggish cops to cosset and protect Leftists and Islamic supremacists from the slightest negative word. Institutions of higher learning? Hardly. They’re Antifa factories, centers of hard-Left indoctrination. 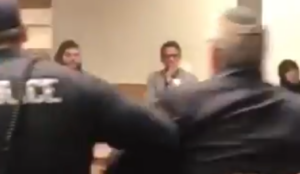 Former New York State Democrat lawmaker Dov Hikind was tossed out of an event after confronting Rep. Rashida Tlaib (R-MI) on her past antisemitic remarks.
“Police just ejected me from an event of @Muslims4Peace at @RutgersU which was a fine event until @RashidaTlaib showed up. I challenged her about her antisemitism and spreading of an anti-Jewish blood libel! She had no answer for me,” Hikind tweeted. “They will never silence us!”
The crowd started shouting “Rashida!” “Rashida!” as Hikind was escorted out of the room.

Police just ejected me from an event of @Muslims4Peace at @RutgersU which was a fine event until @RashidaTlaib showed up. I challenged her about her antisemitism and spreading of an anti-Jewish blood libel! She had no answer for me.

The Daily Wire spoke to Hikind about attending the Muslims4Peace-sponsored event that was held over the weekend at Rutgers University.
The event was entitled “A Global Crisis: Refugees, Migrants, and Asylum Seekers – Lessons from the Prophet Muhammad,” according to the Daily Wire:

“As [Tlaib] started to speak about ‘showing up for allies,’ I decided it was time to take her to task for her recent promotion of an anti-Jewish blood libel,” Hikind said. “I stood up and asked her ‘what about your antisemitism? What about your spreading of a blood libel?’”
“And before I could finish my question, one man jumped at me and grabbed me,” Hikind continued. “I warned him to immediately get his hands off and he complied. The police were waiting on the sidelines and jumped in a second later and forcibly removed me. They did their job, and I have no qualms with them. But Rashida couldn’t answer me to my face.”
“I stood ten feet away from her, and all she could do was play the victim,” Hikind continued. “I was told that after I was escorted out she claimed that my question was part of a pattern of discrimination against people like her grandmother. In reality, she’s a shameless anti-Semite who hides her hate behind the guise of victimhood although she’s the only one consistently guilty of perpetuating hate. She’s the one guilty of promoting libelous lies that lead directly to violence! At the end of it all, Rashida showed us again that she has no backbone and has no real defense or justification for her abhorrent statements.”… 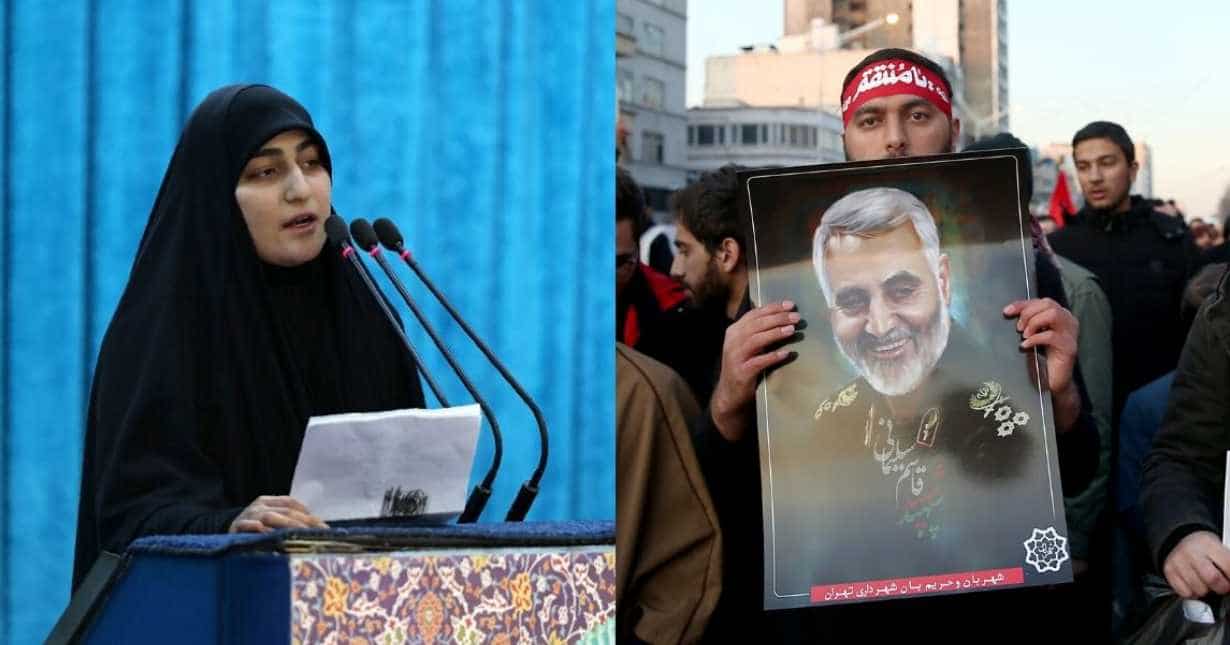 February 13, 2020 John
We recently posted a video where Chan was pushing Roman Catholicism. Pope John Paul II along with Billy Graham in the 20th Century established a doctrine of inclusivism which is a type of Universalism meaning that anyone who appears to be a “good person” is saved. Notice how Chan points out that everyone he touches got healed and how none of them believed in Christ. He knows exactly what he is doing and by the way the Doctrinal Watchdog Channel would like to see some documentation.

FRANCIS CHAN EMBRACES CHARISMATIC FAITH HEALING HERESY; SAYS HE HEALED NUMEROUS PEOPLE BY TOUCHING THEM
SEE: https://reformationcharlotte.org/2020/02/12/francis-chan-embraces-charismatic-faith-healing-heresy-says-he-healed-numerous-people-by-touching-them/;  republished below in full unedited for informational, educational and research purposes:
Warning, this is why the Scriptures warn us not to associate with false teachers, rather we mark and avoid them like the plague. Don’t be deceived, folks, bad company ruins good morals (1 Corinthians 15:33

). And, we’ve been warning folks for a long time that Francis Chan has turned away from sound teaching and accumulated for himself teachers to suit his own passions.

For the time is coming when people will not endure sound teaching, but having itching ears they will accumulate for themselves teachers to suit their own passions,

Francis Chan has surrounded himself with the worst of the worst, and guess what, Chan — who used to at one point hold to some semblance of orthodoxy — has fully embraced the false teachings of faux faith-healer, Todd White. Chan has already embraced the Roman Catholic heresy of transubstantiation in the Eucharist and some, including one Catholic priest, have speculated that Chan will soon depart the faith and join the Catholic harlot and now he has fully immersed himself in the prosperity gospel and believes himself to be a faith-healer.
Last year at The Send Conference, Chan and Todd White teamed up to blaspheme the Holy Spirit and this is when Chan endorsed Todd White. White is known worldwide for his parlor tricks such as leg-lengthening and fantastic tales of raising the dead. Interestingly, there is not one shred of evidence to suggest any of his fanciful tales hold true. Of course, Scripture would also refute him, so that should end it. But it doesn’t.
Now, Chan has claimed that after he decided to leave the States to start becoming a full-time missionary overseas, he now tells a story of how he healed numerous people in Myanmar simply by “touching them.” And, as is always the case in charismatic nuttery, Francis Chan simply doesn’t have any evidence. Todd White has trained him well.