The National Council of Canadian Muslims (NCCM) is calling on a Toronto-area Conservative candidate in the upcoming fall Federal elections to drop out of the race “following reports about her past social media posts,” which the NCCM deems to be “Islamophobic.” The candidate is Ghada Melek, a Coptic Christian immigrant. The acting executive director of the NCCM, Nadia Hasan, claimed that Melek “’wouldn’t know how to serve’ all citizens in the very diverse riding of Mississauga-Streetsville.” A sufficient explanation of how Melek was “Islamophobic” is absent, but since Melek caused the NCCM  “offense,” that was enough reason for the NCCM to charge her with being unable to serve all citizens as an elected official.
Melek stands accused of retweeting “a post that blamed Detroit’s ‘economic hell’ on Islamist extremism in 2013″. The NCCM also made irrational leaps to conclusions about Melek’s views about gays.
It’s odd that the NCCM never makes an issue of the death sentence for gays in many Islamic countries, and the hatred for gays that is being preached in some Canadian mosques. In fact,  Ihsaan Gardee, executive director of the NCCM, said about an Ottawa mosque that lost its charity status for preaching hate and intolerance that “he’s worried about the future of the mosque because it relies on being a charity to raise money.” The NCCM is also silent about the Muslim genocide of Christians, even as it declined an invitation to attend the US summit on religious freedom because of Trump’s temporary ban on immigration from several Muslim countries — countries that were selected by the Obama administration.
One wonders why and how the NCCM, which has grown to wield mammoth influence in Canada, is able to exercise such influence with impunity. Islamic supremacist groups such as the NCCM have been an oppressive force in Canada since their founding.
Canadians in general, like citizens of many other Western nations, are all too often naive about the extent to which Islamic supremacist influences have entered into Canada and are now actively engaged at every layer of society.
In the U.S., CAIR is the foremost Islamic supremacist group of influence. In Canada, it is the NCCM, formerly named CAIR-CAN — an offshoot of CAIR. Its earlier press releases identified the group as: “Council on American Islamic Relations Canada”:

“In 2009, the FBI severed its liaison relationship’ with CAIR after evidence presented in the Holy Land Foundation terrorism trial demonstrated a relationship between the CAIR and the terrorist organization Hamas. In 2009, Judge Solis also ruled that “The [U.S.] Government has produced ample evidence to establish the associations of CAIR…with Hamas.”

When CAIR-CAN decided to rebrand its image in July 2013 and change its name to the National Council of Canadian Muslims, it “reassured” its following in a press release that “we remain the same organization our constituents and partners have come to rely on to represent a broad and diverse spectrum of Canadian Muslims.”
An excerpt from a Discover the Network’s report about the NCCM’s parent organization, CAIR, states:

CAIR promotes a radical Islamic vision, as evidenced by the fact that its co-founder Omar Ahmad told a Fremont, California audience in July 1998: “Islam isn’t in America to be equal to any other faith, but to become dominant. The Koran … should be the highest authority in America, and Islam the only accepted religion on Earth.” In a similar spirit, co-founder Ibrahim Hooper told a reporter in 1993: “I wouldn’t want to create the impression that I wouldn’t like the government of the United States to be Islamic sometime in the future.” In 2003 Hooper stated that if Muslims ever become a majrity in the United States, they will likely seek to replace the U.S. Constitution with Islamic law, which they deem superior to man-made law. In the late 1980s, Ihsan Bagby, who would later become a CAIR Board member, stated that Muslims “can never be full citizens of this country,” referring to the United States, “because there is no way we can be fully committed to the institutions and ideologies of this country.”

Consider some other key points on the Canadian website Point de Bascule, which has long been dedicated to “describing the methods and means used” by Islamic supremacist and jihadist organizations to “implement their program in Canada.”

La Presse (Montreal) published a text announcing the launch of a guide on Islamophobia for Canadian schools by the National Council of Canadian Muslims, the Canadian Human Rights Commission and the Winnipeg-based Islamic Social Services Association. However, the text nowhere mentions the links that exist between the National Council of Canadian Muslims (NCCM, formerly CAIR-CAN or CAIR-Canada) and radical Islam since its incorporation in 2000 and even before as CAIR-Montreal.
As reported by Fabrice de Pierrebourg in La Presse at the time, it is certainly no less indispensable to tell readers that, in the past, the NCCM endorsed scholars such as Siraj Wahhaj who advocated the conversion to Islam of youth who felt excluded, and eventually arming them with Uzi submachine guns so that they could wage jihad in U.S. streets.
A recent report by the Belgian French-language public broadcaster, the RTBF, explained how Islamists, and those close to the Muslim Brotherhood infrastructure in particular, use the accusation of Islamophobia to advance their cause. In this TV report, sociologist Gilles Kepel stressed that “Islamophobia is a weapon being used against non-Muslims who criticize Islam. It is also being used against those Muslims who have a wrong interpretation of Islam, in other words an interpretation they disagree with.” What the notion of “phobia” implies is that those who are accused of “Islamophobia” have an “irrational fear” of some trend or aspect of Islam.
In December 2012, the NCCM (then called CAIR-CAN, CAIR-Canada) accused Point de Bascule of Islamophobia after we criticized Justin Trudeau (then a Liberal leadership contender) for having agreed to address the RIS Islamist convention scheduled to take place later that month in Toronto….
On December 15, 2012, five days after the initial Point de Bascule article about IRFAN and Justin Trudeau was published and the news picked up by the National Post and other mainstream media, IRFAN withdrew its sponsorship of the event. After only a few days, what the NCCM had presented as an irrational fear, a phobia, an Islamophobia proved to be a meaningful threat. In 2014, IRFAN-Canada itself was added to Canada’s list of outlawed terrorist groups. 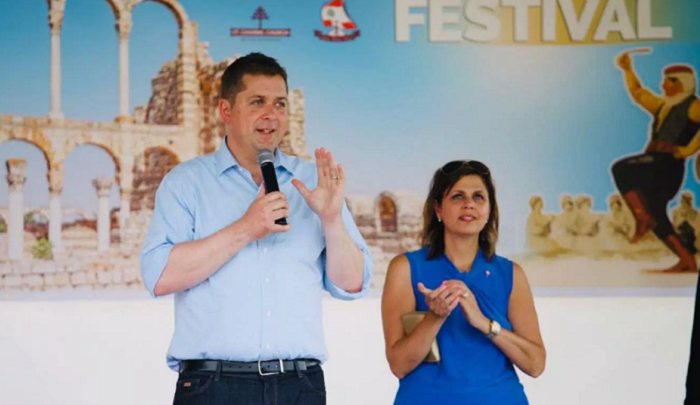