ABOVE: DAVID L. ANDERSON, U.S. ATTORNEY
FOR THE NORTHERN DISTRICT OF CALIFORNIA
SEE: https://www.law.com/therecorder/2018/08/16/trump-picks-sidley-partner-david-anderson-for-san-francisco-us-attorney-spot/?slreturn=20190618130338
REPUBLICAN REP. GAETZ SAYS FEDS DECLINED TO PURSUE DEATH THREAT AGAINST HIM & FAMILY
Suggests he may have been blackballed over criticism of Russia witch hunt
BY DAN LYMAN
SEE: https://www.newswars.com/republican-rep-says-feds-declined-to-pursue-death-threat-against-him/;

GEORGIA MOSQUES TEACHING JIHAD, IMAM SAYS “THERE HAS NOT BEEN ANOTHER 9/11 IN AMERICA BECAUSE ISLAM IS WINNING”

GEORGIA MOSQUES TEACHING JIHAD, IMAM SAYS “THERE HAS NOT BEEN ANOTHER 9/11 IN AMERICA BECAUSE ISLAM IS WINNING”
BY CHRISTINE DOUGLASS-WILLIAMS
SEE: https://www.jihadwatch.org/2019/07/georgia-mosques-islam-winning;
It is no secret that Saudi Arabia has been funding the spread of Wahhabi ideology in mosques throughout the West. Just under four decades ago, “there were only a 150 or so [mosques] in America. Now there are approximately 3000.” Behind the walls of these mosques, jihad is being taught, as well as Islamic supremacism, and hatred and violence against Christians and Jews. Several studies have shown that such preaching is not an exception; at least 80% of mosques across the U.S. are spreading jihadist ideology. 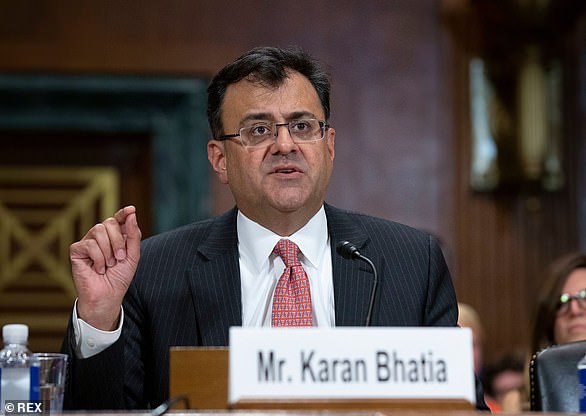 Google Executive Admits They Actively Censor Individuals They Disagree With

Speaking during a Senate hearing on Tuesday over its censorship practices, Google’s VP for Government Affairs & Public Policy Karan Bhatia assured known Alex Jones-hater Sen. Richard Blumenthal (D-Conn.) that the company was doing everything in its power to remove all content related to the Infowars host Alex Jones.

Sen. Blumenthal had demanded to know why tech giant hasn’t censored 100% of videos related to Jones

July 18, 2019 John
CHINA’S NEW WORLD ORDER-BEHIND THE DEEP STATE
In this episode, host Alex Newman discloses globalists who praise and push for China to be the future of the world.