during his state visit

WE ARE BEYOND A BORDER CRISIS~
ILLEGAL IMMIGRATION DISASTER
CONTINUES TO DESTROY AMERICA
BY JON BOWNE
SEE: https://www.infowars.com/we-are-beyond-a-border-crisis/;  republished below in full unedited for informational, educational and research purposes:
We were at crisis levels concerning the border at the beginning of 2019.
What we are seeing now is a full-blown threat to the continuation of the United States as a Constitutional Republic.
Conservative Review reports, “According to preliminary weekly data used internally by CBP and given to CR by a Border Patrol agent who must remain anonymous because he is not authorized to speak to the press, 71,834 illegal aliens were apprehended between points of entry in the state of Texas from May 1 to May 28. That works out to a daily pace of 2,565.5 per day or a flow of 936,408 annually – just in the state of Texas alone. One has to go back to fiscal year 2006 to find this level of annual apprehensions in all four border states combined. This ensures that May will now crush April’s unfathomable numbers. The same internal, preliminary CBP data for April shows that 60,476 illegals were apprehended in Texas during an equivalent 28-day period from April 3 through April 30. That means that illegal immigration into Texas likely increased roughly 18.8 percent in May over April.”
The data sitting on the desk in the Oval Office is so devastating, President Trump is eyeballing extreme measures.
Of course, the power-mad Democrats, who would politicize a train wreck if they needed to rather than investigate the problem, are becoming just as big a threat to the stability of the United States as the flood of illegals from all over the world pouring over the border.
DHS reports, “U.S. Border Patrol agents assigned to the Del Rio Station apprehended a large group of 116 individuals Thursday. Large groups present a unique challenge for the men and women of the Del Rio Sector,” said Chief Raul Ortiz. “This large group from Africa further demonstrates the complexity and severity of the border security and humanitarian crisis at our Southwest border. Agents performing line watch operations apprehended the group after they illegally crossed the Rio Grande into the U.S. around 10:30 P.M. This is the first large group apprehended in the Del Rio Sector and the first large group of people from Africa – including nationals from Angola, Cameroon and Congo – apprehended on the Southwest border this year. Agents have encountered 182 large groups of more than 100 individuals across the Southwest border so far this fiscal year.”
Acting DHS Secretary Kevin McAleenan recently told Congress that nearly 9-in-10 illegal aliens recently released into the U.S. are not showing up to court hearings.
By all accounts, the United Nations Replacement Migration Plan is devastating the demographic makeup of the United States.
But it’s not about race, it’s about politics.
The United States’ future leaders will follow in the footsteps of other politicians supported by their refugee communities, rejecting the Constitution for a third-world anarchy that will tear this country apart.
_______________________________________________________________
SEE ALSO:
https://www.thenewamerican.com/usnews/immigration/item/32504-beyond-crisis-border-patrol-nabs-largest-group-ever-encountered-1-036?vsmaid=4821&vcid=3987

June 4, 2019 John
PASTOR COREY MUSGRAVE’S IMPRECATORY PRAYER
IN DEFIANCE OF “REPRODUCTIVE HEALTH ACT”
ILLINOIS PASTOR’S PRAYER BEFORE HOUSE
ASKS GOD TO JUDGE STATE FOR
“SANCTIONED DESTRUCTION OF INNOCENT UNBORN”
BY HEATHER CLARK
SEE: https://christiannews.net/2019/06/02/illinois-pastors-prayer-before-house-asks-god-to-judge-state-for-sanctioned-destruction-of-innocent-unborn/;
republished below in full unedited for informational, educational and research purposes:
SPRINGFIELD, Ill. — A pastor in Illinois who opened the state House of Representatives in prayer on Friday asked Heaven’s court to judge the state for sanctioning the “destruction of the unborn” through the passage of the so-called Reproductive Health Act.
Corey Musgrave, who leads New Beginnings Church in Fairfield, began by thanking God for his blessings upon the state, including its natural resources, and noted the responsibility of Illinois’ lawmakers.
“God, we thank you for the ability to choose our own direction, even though those choices have consequences,” he said. “All throughout Your word, it is clear You have given us a choice. God, You even said, ‘Today, I give you the choice between life and death, blessings and curses. Now, I call upon Heaven to witness the choice you make. O that you would choose life so that you and your descendants might live.’”
“So God, I confess here today that I have not always made the right choice, and I thank you for being a merciful God who forgives and restores when we turn back to You,” Musgrave continued.
He then lamented that “this state has decided to go its own way apart from You,” and specifically in regard to the murder of the unborn.
“God, none of our evil actions have been hidden from You. You see everything,” Musgrave noted. “Lord, You have told us those things which You hate, and among them are hands that shed innocent blood.”
“I stand here in this House, in this high place in Illinois, and ask You, O God, creator of Heaven and Earth, if there is anything more innocent than a baby that is being created in the womb,” he prayed.
Musgrave quoted from Psalm 139 in noting that the unborn are not hidden from God’s sight.
“The Psalmist exclaimed, ‘You made all the delicate parts of my body and knit me together in my mother’s womb. Thank You for making me so wonderfully complex. Your workmanship is marvelous; how well I know it. You watched me as I was being formed in utter seclusion as I was woven together in the dark of the womb. You saw me before I was born.’”
He then lamented that despite those who have pleaded for lawmakers to protect those in the womb — referring to calls for the rejection of the Reproductive Health Act — legislators rather decided to pass the bill.
“God, we have made our appeals to the leaders of Illinois this week on behalf of those innocent babies who do not yet have a voice. We have been a voice for those who cannot speak for themselves as You have commanded us,” Musgrave stated. “Those appeals were denied, but we have one final appeal left and that is to the courts of Heaven.”
“God Almighty, I make an appeal to Heaven today, to You the perfect judge, the One who presides over Heaven’s court. I ask you to rise up, O God, and judge Illinois for the sanctioned destruction of the innocent unborn,” he said. “For when Your judgments are in this state, the inhabitants of Illinois learn righteousness.”
He asked God for mercy in the midst of judgment as he concluded his prayer.
“In this House I pray for justice to roll down like water and righteousness like a mighty river. In Your judgment, I pray that You would remember mercy, for we know that You, O God, do not want anyone to be destroyed,” Musgrave said.
“I ask this in the name of Your Son, the One who died for a sinner like me, the One who was appointed to judge the living and the dead. In the name of Jesus Christ I pray. Amen.”
As previously reported, The Reproductive Health Act, presented by Rep. Kelly Cassidy, D-Chicago, declares that women have a “fundamental right” to abortion and that a “fetus does not have independent rights” apart from his or her mother.
“Every individual who becomes pregnant has a fundamental right to continue the pregnancy and give birth or to have an abortion, and to make autonomous decisions about how to exercise that right,” it reads.
“A fertilized egg, embryo, or fetus does not have independent rights under the laws of this state,” the bill states.
It proclaims that the State may not “deny, restrict, interfere with, or discriminate against an individual’s exercise of the fundamental rights set forth in this Act.”
Some interpret the statute as allowing abortion up until birth for any reason as it does not contain language pertaining to limitations, and eliminates language from the current law that prohibits abortion past the point of viability unless “in the medical judgment of the attending or referring physician, based on the particular facts of the case before him, it is necessary to preserve the life or health of the mother.”
The bill passed the Illinois Senate 34-20 on Friday after clearing the House 65-40 on Tuesday. It now heads to the desk of Democratic Gov. J.B. Pritzker, who has vowed to sign the legislation into law.
“In Illinois, we trust women to make the most personal and fundamental decisions of their lives — and now, that will be the law of the land, even as it’s under threat in other states,” he said.
Psalm 119:136 says, “Rivers of waters run down mine eyes because they keep not Thy law.”

June 4, 2019 John
ZAKIR NAIK’S CRIMINAL ISLAMIC EMPIRE
Dr. Zakir Naik, whose preaching is banned in India, Bangladesh, Canada, and the United Kingdom, is the Founder and President of the Islamic Research Foundation (IRF). Naik has been accused of inciting terrorism and religious hatred, and he was recently charged with money laundering and of acquiring $28 million in criminal assets (2019). His channel, Peace TV, is banned in India, Bangladesh, and Sri Lanka. How can a man who is considered by millions to be Islam’s greatest apologist be the source of so much violence and criminal activity?
David Wood of Acts 17 Apologetics discusses the issue. 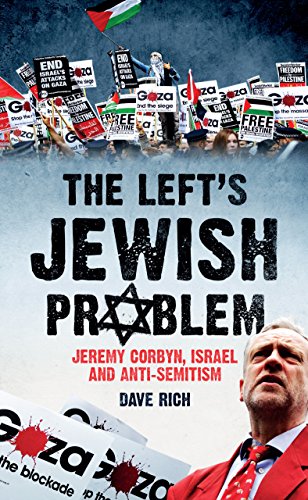 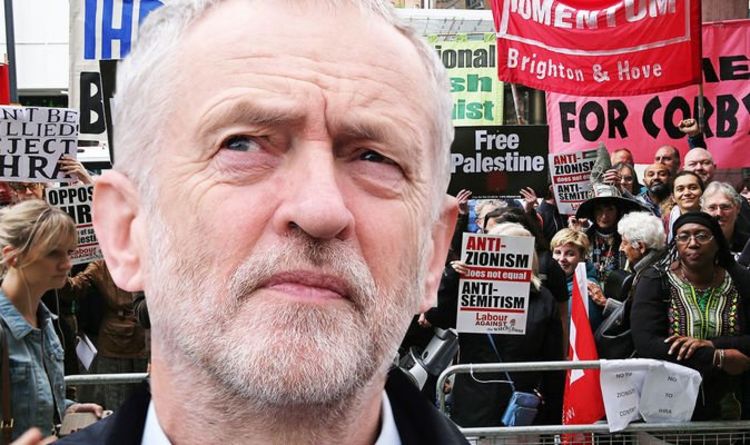 UK: JEWS IN FEAR AFTER PRO-PALESTINIAN GROUP SUPPORTED BY JEREMY CORBYN
FORCES JEWISH SHOPS CLOSED
BY CHRISTINE DOUGLASS-WILLIAMS
SEE: https://www.jihadwatch.org/2019/06/uk-jews-in-fear-after-pro-palestinian-group-supported-by-jeremy-corbyn-forces-jewish-shops-closed;
“British Jews have spoken of their fear after a pro-Palestine group supported by Jeremy Corbyn forced Jewish-owned shops to close by staging aggressive rallies outside them.”

RASHIDA TLAIB & THAT “SAFE HAVEN” FOR JEWS CREATED BY THE PALESTINIANS

her a “Calming Feeling”!

This anti-Semitic congresswoman says the Holocaust giver her a calming feeling because her ancestors, Palestinians, “created a safe haven for Jews”. Little does she know, indigenous Palestinians waged war on Jews and collaborated with Nazis to wipe Jews off the planet…
She needs to go!


RASHIDA TLAIB & THAT “SAFE HAVEN” FOR JEWS CREATED BY THE PALESTINIANS
BY HUGH FITZGERALD
SEE: https://www.jihadwatch.org/2019/06/rashida-tlaib-and-that-safe-haven-for-jews-created-by-the-palestinians;