June 1, 2019 John
FALSE VICTIMOLOGY SIMILAR TO HOW MUSLIMS EMPLOY IT TO GET THEIR WAY
TWO MODES OF LIBERAL PHOBIAS EMPLOYED BY DEMOCRATS:
HOMOPHOBIA & ISLAMOPHOBIA 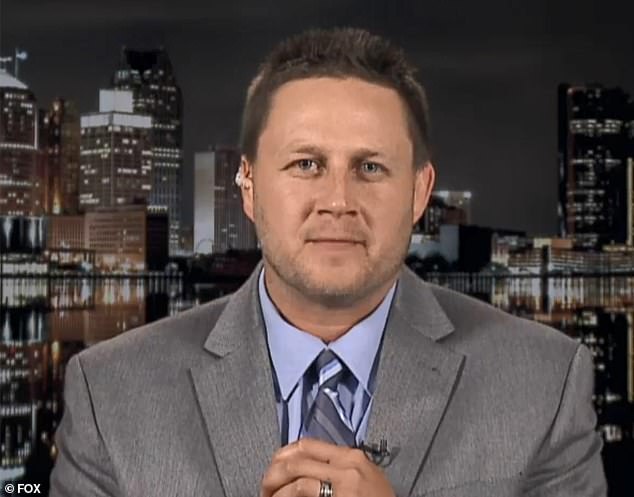 BUTTIGIEG’S CHRISTIAN BROTHER-IN-LAW
SPEAKS OUT AGAINST MAYOR PETE’S
MANUFACTURING OF PARTNER’S POOR UPBRINGING
“RAGS TO RICHES” FICTIONAL STORY MEANT TO
ELICIT SYMPATHY FROM VOTERS
“Glezman said his brother, who attends campaign events with Buttigieg (r) and has developed his own Twitter following, had invented a ‘rags-to-riches’ tale for ‘political gain'” 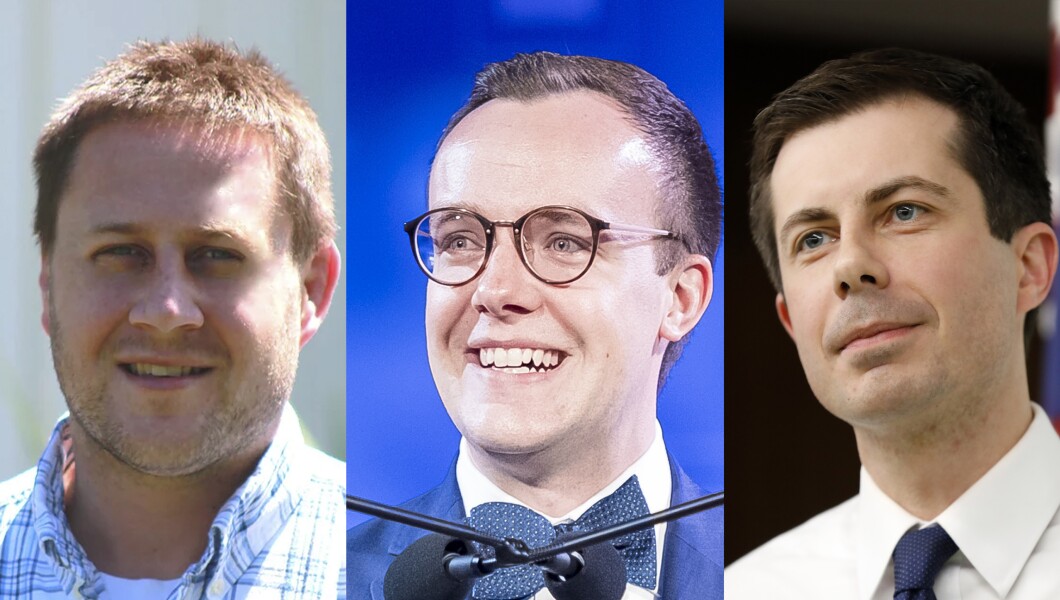 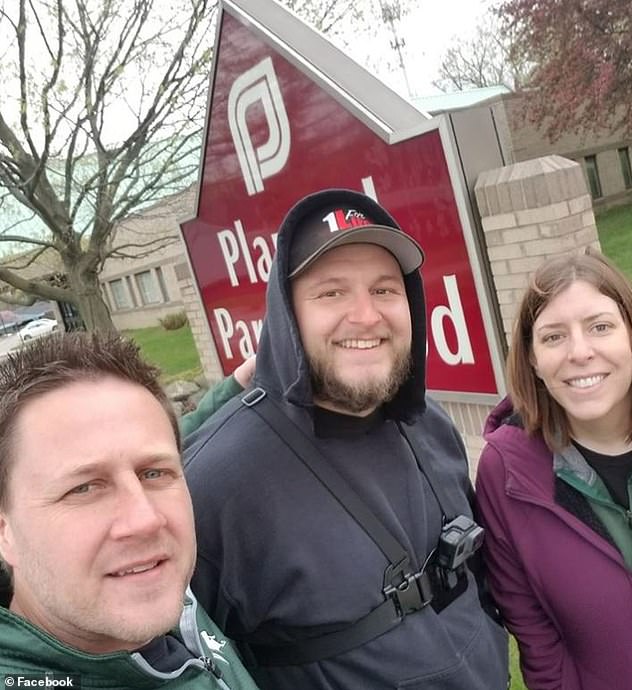 Rhyan Glezman (l) is a pastor in Clio, Michigan and married to (right) wife Erin. The couple took part in a protest against Planned Parenthood; in contrast his brother-in-law Pete Buttigieg has spoken in favor of pro-choice policies 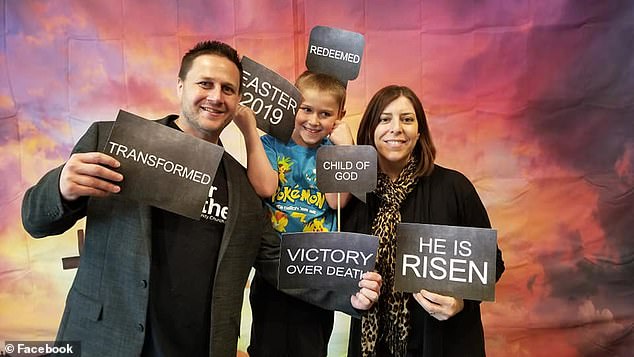 Glezman was quoted saying he loves his brother but doesn’t approve of the ‘gay lifestyle.’ He and his wife Erin worship at the church he runs in Clio, Michigan 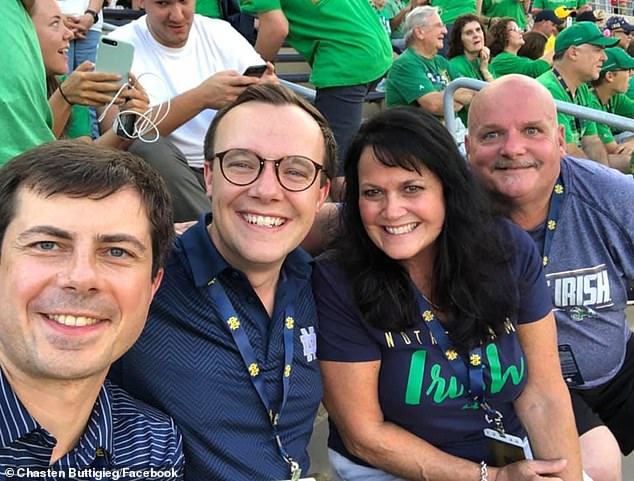 The Left’s “You Hate Muslims” Charade

OBAMA BLASTS SECOND AMENDMENT IN SPEECH TO BRAZIL AUDIENCE: ‘OUR GUN LAWS IN THE US DON’T MAKE SENSE’

June 1, 2019 John
OBAMA BLASTS SECOND AMENDMENT IN SPEECH
TO BRAZIL AUDIENCE:
‘OUR GUN LAWS IN THE US DON’T MAKE SENSE’ WASHINGTON — President Trump posted two tweets on Friday in recognition of homosexual and transgender “Pride Month,” asking Americans to “stand in solidarity” with homosexuals who live in countries where such sexual practices are illegal, as well as for nations to join his administration’s campaign to decriminalize homosexuality worldwide.
“As we celebrate LGBT Pride Month and recognize the outstanding contributions LGBT people have made to our great nation, let us also stand in solidarity with the many LGBT people who live in dozens of countries worldwide that punish, imprison, or even execute individuals on the basis of their sexual orientation,” he wrote.
“My administration has launched a global campaign to decriminalize homosexuality and invite all nations to join us in this effort!” Trump urged.
As of press time, the initial tweet has 65K likes and more than 15K retweets.
In February, NBC News reported that U.S. Ambassador to Germany Mike Grenell would be leading the effort to decriminalize homosexuality worldwide.
It noted that “[t]he U.S. embassy is flying in LGBT activists from across Europe for a strategy dinner to plan to push for decriminalization in places that still outlaw homosexuality — mostly concentrated in the Middle East, Africa and the Caribbean.”
Grenell, an open homosexual, told Fox News last month that Vice President Mike Pence was on board with the effort.
“I … want to just point out the fact that the vice president, Mike Pence, is fully on board with my push to decriminalize homosexuality around the world,” he said, as he sought to push back against assertions from Democratic presidential candidate Pete Buttigieg that Pence is “anti-gay.”
The ambassador noted that homosexuality is illegal in 71 countries, and in some nations, it can result in prison time or the death penalty.
“Mike Pence is on board with decriminalizing homosexuality around the world,” Grenell repeated. “I think that speaks volumes.”
Earlier this month, Trump told Steve Hilton of Fox’s “The Next Revolution” that he thinks “it’s great” that Buttigieg is campaigning with his “husband.”
“Putting aside policy disagreements, don’t you think that it’s just great to see the guy there on the stage with his husband, and it’s normal?” Hilton asked.
“I think it’s absolutely fine. I do,” Trump replied. “I think it’s absolutely fine.”
“Isn’t it a sign of great progress in the country?” Hilton inquired, continuing to prompt the president to concur that the development is positive.
“Yeah, I think it’s great,” Trump answered unflinchingly. “I think that’s something that perhaps some people will have a problem with, [but] I have no problem with it whatsoever. I think it’s good.” Trump has similarly made a number of supportive remarks or positive gestures toward homosexual-identifying Americans in recent years, stating while running for office in 2016, “So you tell me, who’s better for the gay community, and who’s better for women than Donald Trump? Believe me!”
During his RNC acceptance speech, he stated that “[a]s president, I will do everything in my power to protect LGBTQ citizens from the violence and oppression of a hateful foreign ideology.”
His campaign website additionally made available for purchase “LGBTQ for Trump” t-shirts and pins, and at one point, he held up an “LGBT for Trump” rainbow flag that was handed to him during a campaign stop in Colorado.
After being elected, he decided to keep intact Barack Obama’s 2014 order banning federal contractors from engaging in “discrimination” in employment matters against homosexual and transgendered persons.
“President Trump continues to be respectful and supportive of LGBTQ rights, just as he was throughout the election,” the White House said in a statement at that time. “The president is proud to have been the first ever GOP nominee to mention the LGBTQ community in his nomination acceptance speech, pledging then to protect the community from violence and oppression.”
In 2018, Trump staffers sent a letter of congratulations for the 40th anniversary of the homosexual group Log Cabin Republicans, with the signed correspondence stating in part, “No matter the color of our skin or our sexual orientation, we all live under the same laws, salute the same great American flag, and are made in the image of the same Almighty God.”
The Bible teaches in Genesis 19 that the city of Sodom was full of various wickedness, including homosexuality. It states that as the men of Sodom saw angels enter into Lot’s home, “both old and young” surrounded the house and called out, “Where are the men which came into thee this night? Bring them out unto us, that we may know them.”
“I pray you, brethren, do not so wickedly,” Lot replied.
The angels then “smote the men that were at the door of the house with blindness” so that they could not enter, and advised Lot, “[W]e will destroy this place, because the cry of them is waxen great before the face of the Lord, and the Lord hath sent us to destroy it.”
In the New Testament, Jude, the earthly brother of Jesus, pointed to the sorrowful fate of Sodom, writing, “Sodom and Gomorrah, and the cities about them in like manner, giving themselves over to fornication, and going after strange flesh, are set forth for an example, suffering the vengeance of eternal fire.”
He later encouraged Christians in light of the rampant sin of the last days to “have compassion [on souls], making a difference, and others save with fear.”
“[Y]e, beloved, building up yourselves on your most holy faith, praying in the Holy Ghost, keep yourselves in the love of God, looking for the mercy of our Lord Jesus Christ unto eternal life,” Jude urged.

We Build the Wall, Inc.

My name is Brian Kolfage, I have a verified blue check facebook page as a public figure and I’m a Purple Heart Recipient triple amputee veteran. Like a majority of those American citizens who voted to elect President Donald J Trump, we voted for him to Make America Great Again. President Trump’s main campaign promise was to BUILD THE WALL. And as he’s followed through on just about every promise so far, this wall project needs to be completed still. As a veteran who has given so much, 3 limbs, I feel deeply invested to this nation to ensure future generations have everything we have today. Too many Americans have been murdered by illegal aliens and too many illegals are taking advantage of the United States taxpayers with no means of ever contributing to our society. I have grandparents who immigrated to America legally, they did it the correct way and it’s time we uphold our laws, and get this wall BUILT! It’s up to Americans to help out and pitch in to get this project rolling. “If the 63 million people who voted for Trump each pledge $80, we can build the wall.” That equates to roughly 5Billion Dollars, even if we get half, that’s half the wall. We can do this. Democrats are going to stall this project by every means possible and play political games to ensure President Trump doesn’t get his victor. They’d rather see President Trump fail, than see America succeed. However, if we can fund a large portion of this wall, it will jumpstart things and will be less money Trump has to secure from our politicians. This won’t be easy, but it’s our duty as citizens. This needs to be shared every single day by each of you on social media. We can do it, and we can help President Trump make America safe again!

CATHOLICS SHOULD BELIEVE THEIR FIRST “POPE”