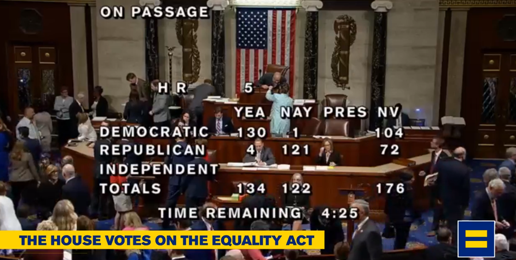 WASHINGTON — Under the guise of equality, a bill passed the United States House on Friday that would add “sexual orientation” and “gender identity” to federal civil rights law, and would preclude entities — including Christian organizations and others who do not want to participate in affirming sinful behavior — from living out their convictions in society without the heavy hand of government coming down upon them.

_____________________________________________________________
“EQUALITY ACT” PASSES THE U.S. HOUSE (Friday Church News Notes, May 24, 2019, www.wayoflife.org, fbns@wayoflife.org, 866-295-4143) – After many years of persistent labor, the supporters of the so-called Equality Act saw the bill approved by the U.S. House of Representatives on Friday, May 17. The margin was 236-173. If ever passed by the U.S. Congress and signed by the President and approved by the Supreme Court, the Equality Act will singlehandedly overthrow the Constitution’s guarantee of liberty of religion and speech. Every Democrat approved the bill, proving themselves to be the party of homosexual rights vs. religious rights, but they were joined by eight Republicans, including one from Texas. More than 160 major businesses, with 8.5 million employees and a total revenue of $3.7 trillion, backed the measure, including Airbnb, Alaska Airlines, Amazon, American Airlines, Apple, Bank of America, Capital One, Chevron, Coca-Cola, Corning, Cox, CVS, Dow, DuPont, eBay, Expedia, Facebook, Food Lion, General Electric, General Mills, General Motors, Google, Hershey, Hewlett Packard, Hilton, IBM, IKEA, Intel, Johnson & Johnson, JP Morgan Chase, Kellogg, Levi Strauss, Marriott, MasterCard, Merck, MGM Resorts, Microsoft, Monsanto, Nike, Northrop Grumman, Office Depot, Pinterest, Procter & Gamble, Symantec, T-Mobile, Target, Twitter, Uber, Unilever, Visa, Wells Fargo, Whirlpool, Xerox, and Yelp. At present, the Equality Act does not have a chance of approval by the Republican-controlled Senate or the Trump administration, but that could change with one election cycle. This is a spiritual issue, and the battle must be fought with spiritual weapons (2 Corinthians 10:3-5; Ephesians 6:10-18). Since Jerry Falwell’s Moral Majority in the 1970s, Bible-believing churches have been trying to fight spiritual battles with carnal weapons, and they have been losing ground to the enemy every decade. It is long past time for those who have access to the throne of grace to rise up and approach boldly through Christ and find grace to help in our nation’s time of need (Hebrews 4:16). The One who sits on that throne is the One who has said, “Lift not up your horn on high: speak not with a stiff neck. For promotion cometh neither from the east, nor from the west, nor from the south” (Psalm 75:5-6). Jesus said, “With men this is impossible; but with God all things are possible” (Mt. 19:26). God has specifically and pointedly commanded His people to pray “for kings, and for all that are in authority; that we may lead a quiet and peaceable life in all godliness and honesty.” That entails praying against the Equality Act, which would destroy the peace we have so long enjoyed in the world’s premier Bastion of Liberty. It is holiness and prayer in God’s house that can make a real difference in Washington D.C. WHAT CHRISTIANS SHOULD KNOW ABOUT THE EQUALITY ACT (Friday Church News Notes, May 24, 2019, www.wayoflife.org, fbns@wayoflife.org, 866-295-4143) – The following is excerpted from “4 Things Christians Should Know about the Equality Act,” ChristianHeadlines.com, May 17, 2019: “The ill-named Equality Act is making its way back through Congress this year. The act, which is being painted as a pro-LGBT law, is coming across to many people of faith as an anti-religious freedom law. As Christian Headlines previously reported, the act is seeking to make ‘gender identity’ a covered category under the Civil Rights Act, thereby overriding the protections based on biological sex. … Here are 4 things Christians should know about the Equality Act:
1. It Endangers the Church. If the Equality Act passes, Churches will no longer be able to hire someone based on their beliefs. What this means is that a church could not deny hiring someone because they are an Atheist or because they live a life contradictory to the church’s beliefs. This also means that churches, like all other institutions, will not be allowed to segregate restrooms or locker rooms based on sex. According to Greg Baylor of Alliance Defending Freedom, the Equality Act is also set to repeal the Religious Freedom Restoration Act of 1993 … This means that people will no longer be able to use religious free exercise as a defense for their actions. For example, if a church declines to allow a gay couple from holding their wedding in their church because it goes against your religious beliefs, the church could be subjected to legal action.
2. It Encourages the Suppression of Religious Freedom. According to The Hill, the Equality Act moves to elevate the protection of LGBT people over people of faith. If enacted, the Equality Act will prevent religious people from denying a service, employment, housing or public accommodations among other things, to LGBT persons, despite the fact that homosexuality contradicts their religious beliefs. … Alliance Defending Freedom’s Sarah Kramer summed up the effects of the act on religious people, ‘Essentially, the Equality Act gives people of faith an ultimatum: Change your faith-based practices or face government punishment.’
3. It Will Obliterate Women’s Rights. … The Equality Act is seeking to make ‘gender identity’ a covered category under the Civil Rights Act. By doing this, the protected category of ‘sex’ is being eliminated. … In an interview with Fox News, Doreen Denny, the Senior Director of Government Relations at the conservative group Concerned Women for America, said … ‘In a bathroom, or locker room or a dressing room, any biological man at any time that wants to come in and say, I’m now a woman could just have access to that.’ … The Equality Act will outrightly let any person who feels like a woman, compete [in sports] as a woman even if they are a biological man.
4. It Will Affect Your Kids. … The Heritage Foundation reports that the Equality Act will force doctors to ignore parents’ wishes and give kids–no matter the age–transgender operations and puberty blockers if the child asks for it.” 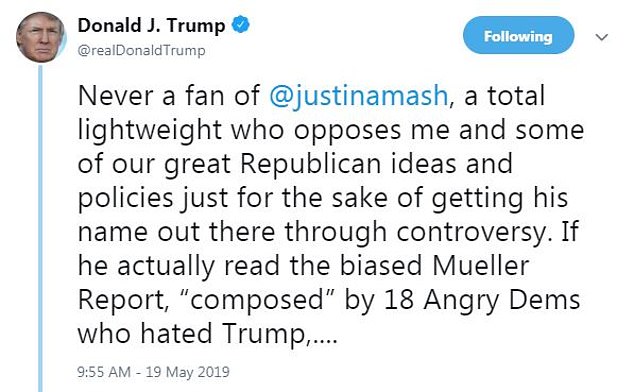 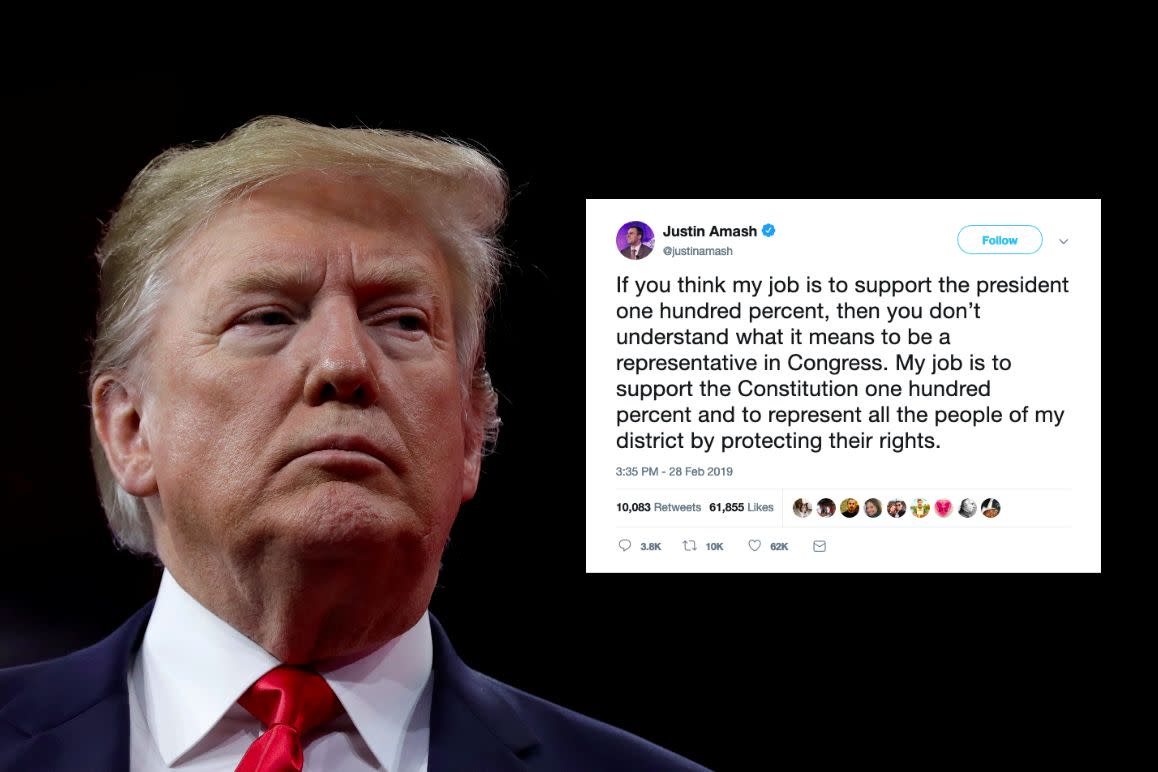 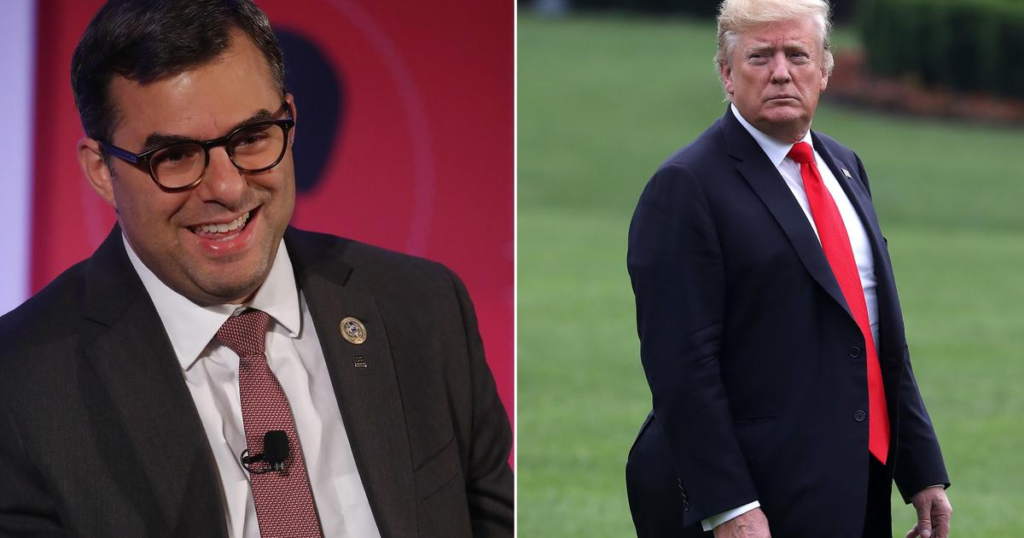 REPORT BY DOUGLAS DUCOTE, SR. VETERAN
Rep. Justin Amash (R) Michigan says after reading the Mueller Report Trump should be impeached! You know what to do American Patriots…flood his e-mail, Facebook, Twitter, and phone lines with “Resign”!

Facebook: American Patriot By The Grace Of God, and Veterans United For Justice 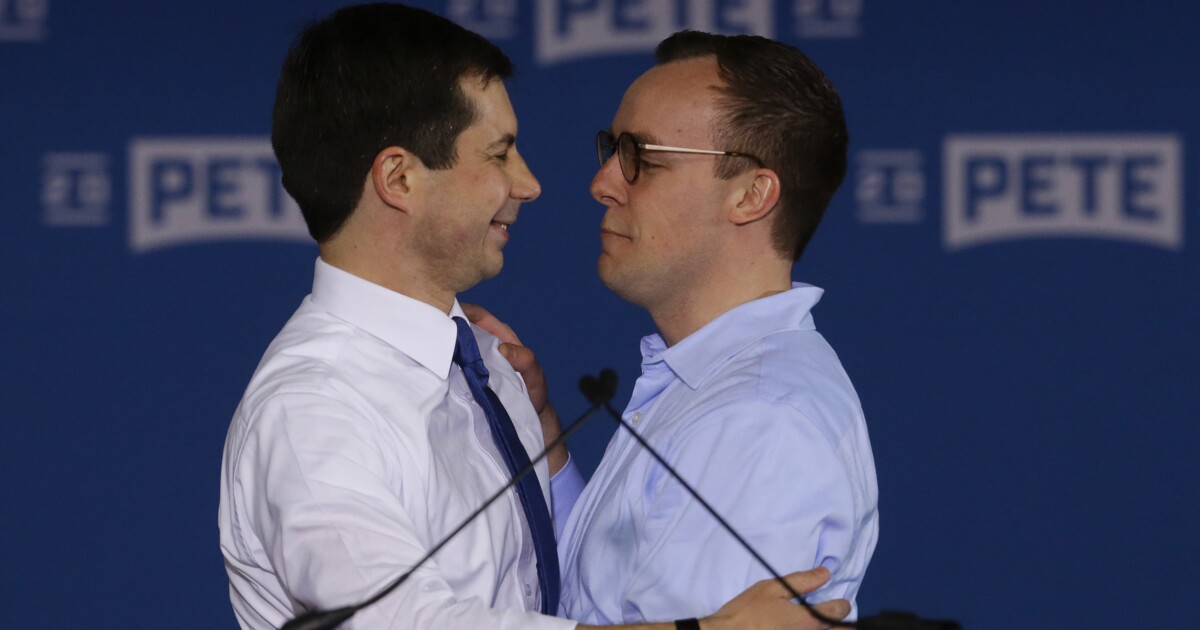