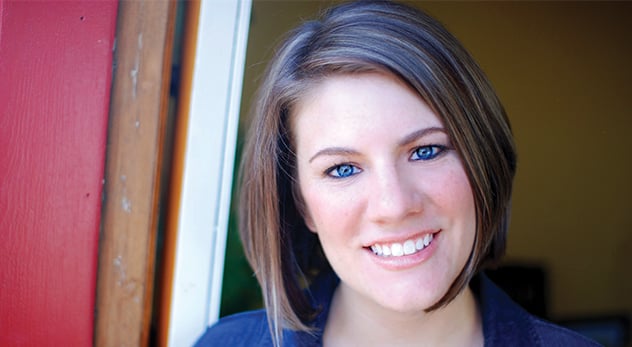 SEE: https://ratherexposethem.org/2017/08/with-help-of-christian-feminists.html
RACHEL HELD EVANS ACKNOWLEDGES ABORTION TARGETS MINORITIES;
IS STILL FOR IT
SEE: http://pulpitandpen.org/2018/06/29/rachel-held-evans-acknowledges-abortion-targets-minorities-is-still-for-it/; republished below in full unedited for informational, educational and research purposes:
The eventuality of President Donald Trump nominating a second Supreme Court Justice in the first year-and-a-half of his presidency has liberals in a tizzy (the previous two presidents were only able to nominate two justices over the two full four-year terms). Likewise, social conservatives are elated with the possibility of a second pro-life appointee to the highest court by President Trump. Many evangelical voters have felt vindicated for voting for Trump, even in spite of his personal wretchedness, with the possibility of overturning Roe v Wade closer than at any time in history. And many evangelical leftists are sore losers, angry that conservative evangelicals aren’t laden with guilt and clothed in sackcloth over their decision to vote for Trump. In the last several days, leftist Christians like Ron Burns (Thabiti Anyabwile) have made the argument that even if abortion is criminalized, the lives saved won’t be worth the “compromise” necessary to work with Trump. Rachel Held Evans has now made the same argument.
We presume the reader is familiar with Held Evans, the progressive-leftist who officially abandoned evangelicalism several years ago for not being open enough to sodomy. If not, you can peruse our links about Held Evans, here.
Held Evans issued the following tweet.

Uh, yes. Yes, we realize that the abortion industry targets minority populations for brutal extinction. Apparently, Held Evans also realizes that, according to her tweet. What’s bizarre is that she doesn’t seem to get the irony of it.
While she puts “millions of lives” in “scare quotes,” as though 1.2 million dead babies per year aren’t really “lives,” she does acknowledge that a significant percentage of these lives are in “communities of color.”
One would think that if you truly think the Trump administration is actively oppressing communities of color that they would rejoice that he’s taking a great first step in protecting them by nominating a pro-life Supreme Court justice. While it remains unclear how POTUS is actively oppressing minority groups (unemployment in the black community is at an all-time low and their income is at an all-time high), with no single action taken by POTUS that liberals can point to as “oppressive,” it is good that Held Evans recognizes abortion affects blacks more than whites. It’s not good that she doesn’t think ending abortion is worth celebrating.
Matt Walsh and other social media savvy conservatives quickly took Held Evans to task on Twitter, pointing out the callousness of her position and coldness toward the unborn.  They also pointed out her apparent cognitive dissonance; her reasoning that protecting lives of minorities is somehow at odds with helping minorities. Held Evans was so bombarded with tweets that she deleted the original thread and said she was going to “sign off” for a while. She was back at it, however, defending her comments, in a short period of time.

Please note that Held Evans says that she is “pro-life” in her convictions, but doesn’t necessarily think abortion should be illegal (hint: that’s not being pro-life). Then, Held Evans engaged in victimology, claiming that she had received “disturbing responses and threats.” However, NO such disturbing responses OR threats were seen in the ensuing thread.
Finally, “systemic injustices” don’t “contribute to abortion.” Abortion IS the systemic injustice. Oh, and by the way, people who commit abortions are, indeed, baby killers.