Massive ORGANIC FRAUD, science fraud and label fraud across the food industry
The Health Ranger reveals the shocking truth about how many “organic”
ingredients are wildly polluted with toxic pesticides, heavy metals and
other chemicals.

Learn how to find clean food you can really trust!

USDA MORE INTERESTED IN MAKING NOTHING DOWN MORTGAGES IN “RURAL” AREAS

IRAN VOTES OVERWHELMINGLY TO DECLARE JERUSALEM THE CAPITOL OF “PALESTINE”

The jihadist state of Iran is now recognizing Jerusalem as the
permanent capital of “Palestine.” This is no surprise, as Iran cut all
ties with Israel after the 1967 Six-Day War, has been furiously
advancing Palestinian propaganda, and finances Hamas (despite temporary
political fallouts over Syria), Hizballah, Islamic Jihad and other
jihadist organizations dedicated to obliterating the State of Israel.


The modern-day pharaoh is represented by the US, the
Zionist regime and their accomplices in the region, who seek to create
wars in our region, and this is plotted by the US.

This typifies Palestinian propaganda. The truth is that Khamenei
leaves out important facts: that the entire region was conquered through
bloody jihad, and that Israel has been fighting since its birth in 1948
for its very existence. The Palestinians and surrounding jihadist
states do not accept a Jewish state, period, on any terms. 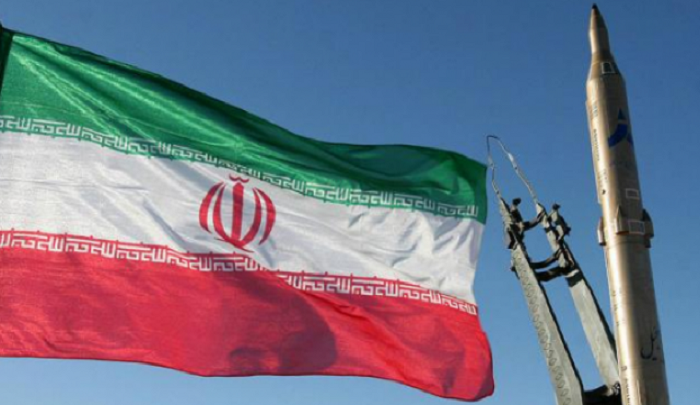 Iran declared Jerusalem the “capital of Palestine” on
Wednesday following a parliamentary vote, according to the country’s
semi-official Fars news agency.

Iran’s announcement to recognize the holy city as the “Palestinian
capital forever” comes in direct response to President Trump’s decision
to recognize Jerusalem as the capital of Israel.

“It comes in response to the recent U.S. decision to recognize
Jerusalem as Israel’s capital in hopes of dealing a blow to Muslims,”
said Parliament Speaker Ali Larijani, according to Turkey’s Anadolu news
agency.

The bill reportedly passed easily, with 207 “yes” votes from the 290-member Parliament.

Iran has long been a fierce proponent of a future Palestinian state.
Iran cut relations with Israel, which unified the city under its control
after capturing east Jerusalem in the 1967 Six-Day War.

Trump broke precedent on Dec. 6 when he announced that the U.S. would
recognize Jerusalem as the capital of Israel and begin the process of
moving its embassy there from Tel Aviv to Jerusalem.

While the White House said that the move doesn’t specify the
boundaries of the Israeli capital, the decision appeared to take sides
in a fight in which both Israelis and Palestinians lay claim to the
eastern side of the city.

The announcement, which largely pleased Israel’s leadership, ignited
protests across the Muslim world, as well as widespread backlash among
other countries, including close allies like the United Kingdom.

Last week, an overwhelming majority of countries voted against the
U.S. in passing a nonbinding resolution at the United Nations that
declared Trump’s Jerusalem decision “null and void.” Thirty-five nations
abstained from the vote……