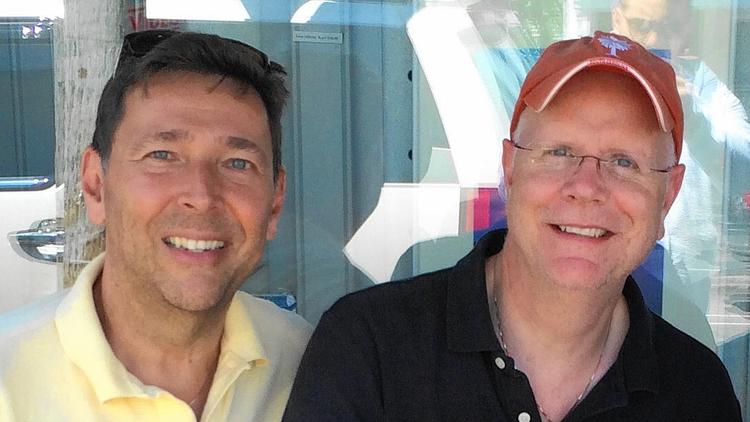 An openly homosexual elected official in Connecticut is threatening
to strip the American Family Association (AFA) of its status as a
charity to which state employees may donate via payroll deduction
because he considers the group’s traditional Christian positions
discriminatory.

Connecticut State Comptroller Kevin Lembo (D), shown, the first
openly gay man elected to statewide office in the Nutmeg State, is
“married” to Charles Frey; the two men have adopted and reared three
children. Naturally, Lembo is not particularly fond of the AFA’s
opposition to the homosexual agenda and its defense of traditional
marriage. On November 30, he sent a two-page letter
to AFA president Tim Wildmon announcing that he was “initiating an
investigation to determine whether AFA is in compliance with the
requirements of the” Connecticut State Employee Campaign for Charitable
Giving (CSEC), a program that allows state employees to contribute to
nonprofit charities via payroll deduction.

According to OneNewsNow,
the AFA’s news division, the AFA “applied for qualified charity status
through a group called Neighbor to Nation, which confirmed to OneNewsNow
that the pro-family group meets every standard that Connecticut demands
of its charities.” Indeed, the charity has long participated in CSEC,
though not with particularly impressive results: OneNewsNow reports that
the group received a total of $124 from Connecticut employees between
2000 and 2015.

That minuscule amount, however, is apparently too much for Lembo, who
cannot stomach the thought that even $7.75 a year of state employees’
own earnings should go to an organization such as the AFA. In his
letter, he suggested that the group “may be in violation of the
regulations governing the [CSEC] that broadly prohibit discrimination,”
as well as other state and federal nondiscrimination laws.

“What’s being foisted upon the American Family Association is the
latest iteration of ‘If you don’t adhere to the nouveaux orthodoxy of
the day — which is the sexual deviancy agenda — then you must be
castigated and expelled from public life,’” AFA general counsel Abraham
Hamilton III told OneNewsNow.

While Lembo demanded the presumed-guilty AFA prove itself innocent by
providing reams of documentation, “the letter never cites any state or
federal laws of which AFA might be in violation,” Wildmon observed.
Instead, Lembo merely described various AFA policies of which he
disapproves and asserted that such policies “may be violating these
anti-discrimination prohibitions.”

Lembo derisively referred to the AFA’s “so-called attempts to protect
family values [that] involve ‘combatting the homosexual agenda’ by
boycotting companies that promote equal treatment, tolerance and
acceptance of all families and marriages.” He specifically pointed to
the group’s “nationwide petition to boycott Target for the company’s
inclusive transgender restroom policy and denouncing Zales for
‘normalizing sin’ by advertising wedding bands to same-sex couples.”

Of course, as the AFA’s Bryan Fischer
pointed out, “Target has made it company policy to allow men who may be
sexual predators or video voyeurs to wander unchallenged into female
dressing rooms, where they may film or molest our wives, our daughters,
and our granddaughters. In Lembo’s utterly twisted view of the world,
the bigots are those who want to protect the sexual integrity of
females.”

Lembo also cited the AFA’s opposition to “gay and Muslim individuals
serving in the U.S. military” and the fact that the group “has equated
homosexuality with pedophilia, disease and violence.”

The comptroller didn’t counter these positions with facts but with
feelings. “These actions and statements,” he wrote, “are extremely
troubling to me — not only as an openly gay father and spouse — but as
administrator of the CSEC.” The AFA’s opinions, he added, “appear to
discriminate against the LGBTQ communities” and Muslims, and “it remains
unclear what actual charitable services the AFA provides.”

One waits with bated breath for Lembo to voice similar concerns about
such “charities” as Planned Parenthood, the National Abortion
Federation, the National Council of La Raza, and the Hartford Gay and
Lesbian Health Collective, all of which also qualify for CSEC, according
to the program’s website.
Such organizations “discriminate” against people of opposing viewpoints
much as the AFA does. But unlike the AFA, some of these “charities”
also kill (unborn) people.

The AFA charges that Lembo is engaging in unconstitutional
discrimination against them and any state employees who wish to
contribute to them. Besides the U.S. Constitution’s guarantee of “free
exercise” of religion, the Connecticut constitution states that “the
exercise and enjoyment of religious profession and worship, without
discrimination, shall forever be free to all persons,” although this
provision “shall not be construed as to excuse acts of licentiousness,
or to justify practices inconsistent with the peace and safety of the
state.”


AFA’s views do not “excuse acts of
licentiousness,” but quite the reverse. Our views urge moral
self-restraint, adherence to the moral standards of the Ten
Commandments, and the channeling of sexual energy into marriage, which
according to God’s design consists of the union of one man and one
woman. This is a recipe that is not “inconsistent with the peace and
safety of the state” but instead produces it….

While accusing AFA of discrimination, Mr.
Lembo is practicing it, exhibiting it, and displaying it. He is the one
guilty of discrimination, and is a part of the reprehensible attempt on
the part of secular fundamentalists to purge all traces of Christianity
from the public square.

The AFA wants Lembo to retract his letter and issue a public apology
for it. Whether he does or doesn’t, he certainly won’t forget his run-in
with the group. He told the Connecticut Post
Wednesday that AFA supporters had “swamped” his office switchboard and
sent him over 10,000 e-mails. Not bad for a supposedly “fringe”
organization.